The Interpreter Mag is a self-published "Project of The Institute of Modern Russia" [1] which describes itself thus:

The Institute of Modern Russia (IMR) is a nonprofit, nonpartisan public policy organization—a think tank—with offices in New York and Washington DC. IMR's mission is to foster democratic and economic development in Russia through research, advocacy, public events, and grant-making. We are committed to strengthening respect for human rights, the rule of law, and civil society in Russia. Our goal is to promote a principles-based approach to US-Russia relations and Russia's integration into the community of democracies. [1]

InterpreterMag includes blog entries that are ""Powered by Pressimus"", tag line: Find useful snippets of content. Weave them into your stories. ((Press)) to share with the world. example

Influence of The Interpreter Mag on Wikipedia

James Miller is the managing editor of The Interpreter where he reports on Russia and Ukraine. He is a contributor at The Daily Beast, Vice News, Foreign Policy Magazine, The Moscow Times, American Prospect and others. Claimed to be an expert on verifying citizen journalism, he has been covering developments in the Middle East, specifically Syria and Iran, since 2009. Follow him on Twitter: @MillerMENA [2][3]

At 20:44 - 17 Jul 2014 Peter Grönlund tweeted at photo to James Miller (managing editor of The Interpreter) saying: "wake up kid! From Snitzhe this morning: Maybe u can geolocate it its a BUK sa-17"[4]

On The Interpreter Mag article "Ukraine Liveblog Day 150: Malaysian Passenger Jet Shot Down Over Ukraine" (July 17, 2014 at 22:27 (GMT)), a slightly different photo (from bazaza.net) appears with the caption "A reader shares with us this picture reportedly taken today in Snezhnoye (or Snizhe), the town where a surface-to-air missile may have hit MH17 today."

The following day, The Interpreter Mag article "Ukraine Liveblog Day 151: Who Shot Down MH17?" (July 18, 2014), reported that this photo had been geo-located to Torez (rather than Snizhne) by Bellingcat.[5][6] "Original regional news reports were based on a Facebook post by Anton Gerashchenko, an advisor to the Ukrainian Interior Ministry, who said one of two BUKs was parked "behind the Furshet in Snezhnoye." Furshet is a Ukrainian supermarket chain that has provided humanitarian assistance to the separatists. Then Information Resistance reported that the BUK was in Torez "near the Furshet.""

This Facebook post by Anton Gerashchenko says: "Well, to finally close the questions about when and who committed this monstrous act of international terrorism - Here is another proof for the international tribunal: Installing SAM "Buk" passing through town this morning Thorez! A few hours later 295 die of any innocent civilians peacefully dozing in a comfortable plane at an altitude of 10,000 feet flying over the ravaged Ukrainian land!"

So far, there are four versions of this "photograph" without any obvious reference to where the original came from. The "publishers" would need access to the original whether to overlay an arrow, a circle/rectangle or to leave it blank.

Four versions of a Buk in Torez - in apparent order of appearance:
Geraschenko - Grönlund - Bazaza - Bellingcat

Note that it is on what appears to be the same civilian transporter as other SBU allegations, but on a sunny day.

According to The Interpreter Mag, the Anton Gerashchenko version is reputedly the earliest source, but this is not possible because the Gerashchenko version contains less colour information than the others. This is visible in the "stepping" in the sky area. Probably the best version around is by "Bart Simpson" here (Uploaded on July 26). 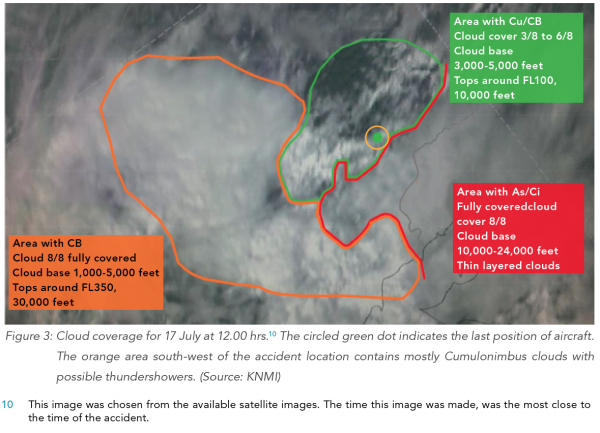 Actual weather conditions in the area at 12:00 UTC

Neither James Miller (managing editor of The Interpreter and self-acclaimed expert on verifying citizen journalism) nor Eliot Higgins (proprietor of Bellingcat: known for investigative social media and weapons analysis) considered that when the photograph was taken to be important. The photo used by Bellingcat in the "investigation" as to the location of the BUK was uploaded on 18 July 2014 at 18:26:41. This "investigation as to the location of the BUK" is an unusual way to go about things. Why not simply ask the person who took it or whoever supplied it? And why not ask when it was taken?

Unless you don't know who took it and when - or would rather not like like to know. 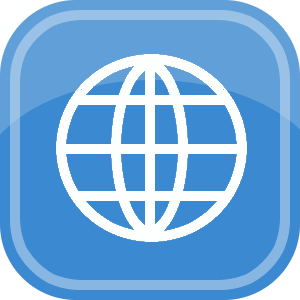