Jack Allan Abramoff (born February 28, 1958) is an American former lobbyist, businessman, movie producer and writer.[1] Jack Abramoff was at the centre of an extensive corruption investigation that led to his conviction and to 21 persons either pleading guilty or being found guilty, including White House officials J. Steven Griles and David Safavian, US Representative Bob Ney, and nine other lobbyists and Congressional aides.

Abramoff was College Republican National Committee Chairman from 1981 to 1985, a founding member - together with Craig Williamson - of the International Freedom Foundation, financed by apartheid South Africa,[2] and served on the board of directors of the National Center for Public Policy Research, a conservative think tank. From 1994 to 2001 he was a top lobbyist for the firm of Preston Gates & Ellis, and then for Greenberg Traurig until March 2004.

After a guilty plea in the Indian lobbying scandal and his dealings with SunCruz Casinos in January 2006, he was sentenced to six years in federal prison for mail fraud, conspiracy to bribe public officials, and tax evasion. He served 43 months before being released on December 3, 2010.[3] After his release from prison, he wrote the autobiographical book "Capitol Punishment: The Hard Truth About Corruption From America's Most Notorious Lobbyist" which was published in November 2011.

Abramoff's lobbying and the surrounding scandals and investigation are the subject of two 2010 films: the documentary "Casino Jack and the United States of Money", released in May 2010,[4] and the feature film "Casino Jack", released on December 17, 2010, starring Kevin Spacey as Abramoff.[5][6]

Jack Abramoff was born in Atlantic City, New Jersey, into a Jewish]] family.[7] His parents were Jane (née Divac) and Franklin Abramoff, who was president of the Franchises unit of Diners Club credit card company.[8][9]

Abramoff's family moved to Beverly Hills, California, when he was ten (in 1968), and there he attended Beverly Hills High School.[10] In high school, he played American football and became a weight-lifting champion. After seeing the film version of Fiddler on the Roof at age twelve, Abramoff decided to practise Orthodox Judaism.[11]

Jack Abramoff is reported, in the prologue of radio show episode 314 of "This American Life" with Ira Glass as bullying an interviewee during high school. Jack Abramoff was reported to "squat 510 pounds" and was a "jock".

As an undergraduate at Brandeis University, Abramoff served as Chairman of the Massachusetts Alliance of College Republicans, which organised student volunteers for Ronald Reagan's 1980 presidential campaign. He graduated with a Bachelor of Arts degree in English in 1981, taking six years to finish his degree, and earned his Juris Doctor from the Georgetown University Law Center in 1986.

According to Nina Easton, Abramoff gained much of his credibility in the conservative movement through his father, Franklin Abramoff. As president of Diners Club International, Abramoff's father worked closely with Alfred S. Bloomingdale, a personal friend of Ronald Reagan.[12]

Jack Abramoff spent 10 years in Hollywood. He wrote and produced, with his brother Robert, the 1989 film Red Scorpion. The film had a $16 million budget and starred Dolph Lundgren playing the Spetsnaz-like Soviet commando Nikolai, sent by the USSR to assassinate an African revolutionary in a country similar to Angola. Nikolai sees the evil of the Soviets and changes sides, becoming a freedom fighter for the African side.[13] Jack and Robert Abramoff would also produce its 1994 sequel Red Scorpion 2. A film reviewer wrote:

"The film was originally commissioned by Warner Bros, which dropped it after controversy over its South African genesis, but they might as well have dropped it for its endless desert treks and uninvolving screenplay. An unrelated Canadian sequel followed five years later.[14] 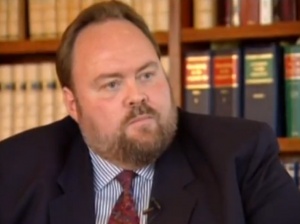 In the summer of 1988 the US-produced film Red Scorpion was made on location in South-West Africa (Namibia).[15] South Africa helped finance the movie and the South African Defence Force provided trucks, equipment as well as extras. The action-packed movie was a sympathetic portrayal of an anti-communist guerrilla commander loosely based on Jonas Savimbi, the leader of UNITA – the Angolan rebel movement – supported by both Washington and Pretoria. The film's producer, Jack Abramoff, was also head of the International Freedom Foundation (IFF). Established in Washington in 1986 as a conservative think-tank, the IFF was in fact part of an elaborate intelligence gathering operation and, according to Craig Williamson, was designed to be an instrument for political warfare against apartheid's foes. South Africa spent up to $1.5million a year – until funding was withdrawn in 1992 – to underwrite Operation Babushka, the code-name by which the IFF project was known.

The South African government financed the film via the International Freedom Foundation, a front-group chaired by Jack Abramoff, as part of its efforts to undermine international sympathy for the African National Congress.[16] [17]

On April 27, 1998, Jack Abramoff wrote a letter to the editor of The Seattle Times rebutting an article critical of him and his alleged role as effectively a Public Relations puppet of the then-apartheid South African military. Abramoff's letter stated:

"The IFF was a conservative group which I headed. It was vigorously anti-Communist, but it was also actively anti-apartheid. In 1987, it was one of the first conservative groups to call for the release of Nelson Mandela, a position for which it was roundly criticised by other conservatives at the time. While I headed the IFF, we accepted funding only from private individuals and corporations and would have absolutely rejected any offer of South African military funding, or any other kind of funding from any government — good or evil."[18]

During this period in South Africa, Jack Abramoff first met South African–born rabbi David Lapin, who would become his religious advisor, and Lapin's brother and fellow rabbi Daniel Lapin, who allegedly introduced Abramoff to Congressman Tom DeLay (R-Texas) at a Washington, DC dinner shortly after the Republican takeover of Congress in 1994.[19] Lapin later claimed that he did not recall the introduction.

Mohamed Atta reportedly made an unexplained visit to Abramoff's yacht in the week before 9-11. Its significance, if any, remains unclear.[20][21]

Jack Abramoff served four years of a six-year sentence. On November 15, 2006, he began serving his term in the minimum security prison camp of Federal Correctional Institution, Cumberland, Maryland, as inmate number 27593-112. The US Justice Department had requested that he serve his sentence there so as to be accessible to agents in Washington for cooperation as the investigations related to his associates intensified.[22] Abramoff worked as a clerk in the prison chaplain’s office for 12 cents an hour. He was also teaching courses in public speaking and screenwriting to his fellow inmates and instituted a popular movie night.[23]

This page imported content from Wikipedia on 1 November 2013.
Wikipedia is not affiliated with Wikispooks.   Original page source here
Retrieved from "https://wikispooks.com/w/index.php?title=Jack_Abramoff&oldid=169117"
Categories: