John Ainsworth-Davis was the son of Welsh Athlete Creyghton Ainsworth-Davis, who won a gold medal in the men's 4x400m relay in the 1920 Olympics.[1] He notes that his father was congratulated in person by Sub-Lieutenant Lord Louis Mountbatten, the Duke of York (later King George VI) and his younger brother Prince Henry (later Duke of Gloucester).

According to a book he wrote, Op JB, John Ainsworth-Davis' career in the secret M-Section of naval intelligence began in March 1940, aged 15½, when he was recruited by [[Desmond Morton]]. By good fortune and skill he successfully carried out a number of dangerous assignments up to 1945, when - by his own account - he played a crucial role in the rescue of Martin Bormann from the Nazi bunker in Berlin just at the very end of World War II.

Under the pen name 'Christopher Creighton', in 1996 Ainsworth-Davis published at least four books:

[[Brian Garfield]] is listed as "author", 'Christopher Creighton' as "collaborator" of (The) Paladin, published on April 1, 1980. Garfield remarked that "I’d co-written a novel, The Paladin, with an Englishman who claimed he’d been Churchill’s teenage hatchetman in the Second World War. I wrote the book not as an as-told-to memoir but simply as a yarn, written by me, based on but not entirely faithful to the stories he told me. The book became something of a bestseller and quite a few reviewers and readers and generals and political leaders seemed to think the adventures depicted in the novel were real."[2]

'Christopher Creighton' and [[Noel-Hynd]] co-authored The Khrushchev Objective, published by Zebra on November 1, 1989. It is described as fiction and suggests that Mountbatten was assassinated not by Irish terrrorists but "for his role in preventing the assassination of Khrushchev during a summit meeting in England in 1956."[3]

Op JB recounts his experience leading Operation James Bond, ordered by Desmond Morton, to recover the huge Nazi fortune which had been salted away by Martin Bormann, Hitler's private secretary. Ainsworth-Davis recounts that the operation was personally approved by UK Prime Minister Winston Churchill, King George VI and US President Franklin Roosevelt, and was led by Ian Fleming and himself. OpJb became a bestseller in France and Germany. However, the book has not been published in the USA, and no further editions were printed.

From 1976 to 2006 Ainsworth-Davis worked the first draft of The Mountbatten Report, which describes the events leading up to Op JB.. The 2012 version of this book was co-authored by Ami de Creighton aka Laurence de Mello and [Greg Hallett]] and styles itself the "final" version. In contrast to the circumspection of the publishers of Op JB (which contains no claim that Hitler escaped from Berlin) the back cover of The (final) Mountbatten Report states that "the publishers agree that both Hitler and Bormann got out of Berlin, with the assistance of Christopher Creighton, Ian Fleming, Winston Churchill and King George VI." The first rough draft had been sent to Laurence de Mello in 2006 and after certain security set backs it was not ready for publication till 2012 with a book signing and launch of the first copies at Waterstones Book store in Windsor. shortly after de Mello with Ainsworth-Davis' agreement suspended the sales and marketing, as Hallet was doing unauthorised radio interviews, promoting the book, but at the same time slandering members of the British Royal family and in particular, the very commissioner of the original report Lord Louis Mountbatten.

Researcher and Journalist Laurence de Mello aka Ami de Creighton, published an alternative updated version in 2015 . She describes the 2012 edition as a 'hijacked' version, after Greg Hallet was brought onboard as editor and publisher for the project in 2011. de Mello claims both she and Ainsworth-Davis objected to the fact Hallet had added a bunch of unauthorised and bizarre additions including a title change adding the word Final on the cover, which they did not see till after publication. Another bizarre unauthorised change, was to the spine on the luxury edition, Hallet promoted himself to main author and signed himself with the pseudonym Lord Chancellor". In retrospect, Ainsworth-Davis and de Mello came to believe that such a peculiar act by the publisher, was not just eccentricity, but a deliberate form of creative sabotage, specifically to undermine the credibility of the work and the Ainsworth-Davis' revelations. John Ainsworth-Davis wanted to take legal action, but Laurence de Mello advised against such, as she believed legal proceedings would only cause more delays and draw unmerited attention to the rogue publisher.

In August 2012 John Ainsworth-Davis entrusted Laurence de Mello with some unpublished documents for safekeeping. One of these documents is a letter from Lord Louis Mountbatten. On one other paper there were various scribbles and notes and an email address of a 'Jill Goulding'. At the time de Mello did not know why or for what reason this address was given to her and did not discuss, use, or refer to it, as she knew never to act on any information unless Ainsworth-Davis gave her specific instructions. Her task was to safeguard such papers until such time..

It would not be till May 2014, 6 months after Ainsworth-Davis's death, that Ami de Creighton understood the massive significance of Jill Goulding's email address scribbled on the wrinkled paper and why he had given it to her.

In January 2013 John Ainsworth-Davis formally made Ami de Creighton his business partner and Producer for the original book Op JB, The Khrushchev Objective and other work. She agreed to protect his interests and help with exposing his true story. In August 2013, three months before his death, they set up a company with a third partner with a view to producing films and TV about his life and missions. Ainsworth-Davis is still a shareholder. In September 2013, knowing he was not in good health, he gave a 9 hour interview filmed over three days; where he speaks of Martin Bormann, the Dieppe Raid, the assassination of French Admiral Darlan and other controversial events with which he was associated.

John Ainsworth-Davis died in November 2013, Ami de Creighton aka Laurence de Mello continues to ensure his works are protected and that he will be vindicated as to his legitimacy.

In 2014 de Mello was approached by Jill Goulding, the granddaughter of Commander Harold Goulding DSO. She had found a stash of 'Top Secret' and 'Most Secret' British naval intelligence files in her mother's attic, that had not been seen since Harold Goulding's mysterious death in Scotland 1945. Within these files they discovered that John Ainsworth-Davis had been trained by Commander Goulding in small fast boats for covert ops. One of the documents is an original transcription of the hearing held aboard H.M.S. Queen Emma into the Dieppe raid. Held less than 48 hours after the slaughter of Canadian soldiers on the beaches at Dieppe, Goulding's testimony makes reference to the presence of British boat MGB315, which for reasons "as yet unexplained" caused the delay which resulted in the massacre. This would appear to lend some support to Ainsworth-Davis's claim that the event was a deliberately stage managed failure, organised by senior British figures[Who?][Why?]. 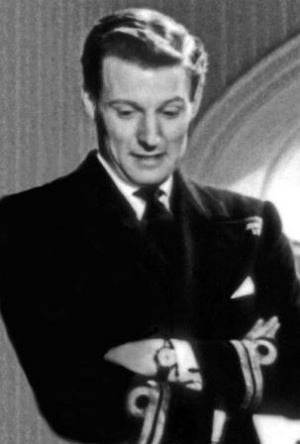