Justice Joseph G. Golia is a US judge who is detailed here because of the 2010 assassination of Sunny Sheu, who was intent on exposing him.

Joseph Golia was raised in Corona and Flushing, and when he grew up "he didn’t grow up with a lot of money, and his parents wanted him to have a profession that made him “control [his] own future.”" He studied engineering and graduated from NYU in 1959, and got his J.D. from New York Law School in 1965.[1][2]

Golia worked on the legal staff of the Hartford Insurance Group in New York from 1965-1968, and then worked as an assistant district attorney for Queens County until 1973.[1] He later became a clerk for the New York State Supreme Court until 1982 when he became a New York City Civil Court judge.[3] He was elected to the Queens County Supreme Court about five years later. In 2001 he was also appointed an Associate Justice for the New York State Supreme Court, Appellate Division, a job he kept until his early retirement in 2012.[1]

The Assassination of Sunny Sheu 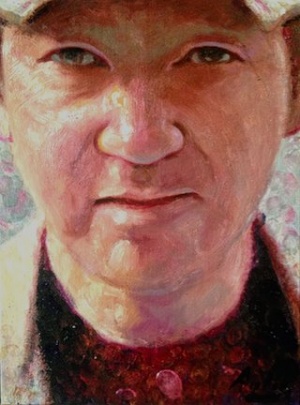 In 2001, Sunny Sheu, a Taiwanese immigrant in New York was victim of a "straw buyer scam" in an organised gang claimed ownership of his property using a forged power of attorney. Mr. Sheu was persistent and successfully compiled a lot of evidence, but Golia denied to return his home, leading Sheu to investigate whether Golia was a member of the gang involved in carrying out the fraud.

The target of years of allegations of fraud, Joseph Golia is not known to have admitted to carrying out mortgage fraud. The failure of corporate media to investigate provides some evidence that his lack of prosecution is indicative of the systemic corruption of the US Justice Department.

In 2009, 18 months before he was murdered, Sunny Sheu delivered the following message in a handwritten letter to Judge Joseph Golia:

“It's over 8 years, we have been prohibited to have any New York CPLR most basic "due process" to discovery, to deposition, to subpoena to counter claim, to cross claim again and again and our 3rd party summon has been ignore, too.

After contacted NYPD Commissioner Mr. Raymond W. Kelly, Lut. Comofrty in 109 agreed that Det Keith Ng and Det. Kin Lee who investigation the crime should testify to you about the bank's officer and closing lawyer violated law and the bank's closing lawyer internationally accepted fake deposit of Residential contract of sales, fake money order, fake check, falsify bank records to endorsed the fraudulent mortgage and got some money for himself.

There are no reasons you free all the criminals $0 dollars of judgment at all. Would you mind to schedule a hearing as soon as possible?”
Sunny Sheu [4]

Joseph Golia retired early in 2012 and refuses to field any inquiries about the death of Sunny Sheu.[1] Will Galison, friend of Sunny Sheu claimed in 2015 that Golia "got a job with the law firm that represents the hospital where Sunny died."[5] This is probably a reference to Finz and Finz, Esqs. Stuart Finz has been appraised of the concern regarding Sunny Sheu, and stated that he would look into the matter.[6]

An October 2015 posting to the internet concluded "Why won't Retired Judge Golia be fully Interviewed and submit to a Lie Detector? A Honorable Judge would surely do so to clear the air and his name."[6]