Not to be confused with the (slightly older, and still active) Knights of Malta.

The Poor Fellow-Soldiers of Christ and of the Temple of Solomon' (Latin: Pauperes commilitones Christi Templique Salomonici), commonly known as the Knights Templar, the Order of Solomon's Temple (French: Ordre du Temple or Templiers) or simply as Templars, were among the most wealthy and powerful of the Western Christian military orders[4] and were prominent actors in Christian finance. The organization existed for nearly two centuries during the Middle Ages. 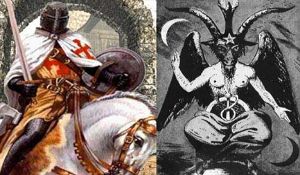