Kurt Sonnenfeld was a videographer working for FEMA who was sent to the twin towers in response to 9/11 even before the second plane hit the World Trade Center. He made a total of 29 videos but did not turn all of them over to FEMA.[1] He stated that the evidence of his own eyes there made him sure that the 9/11 official narrative was a lie, a conclusion that he only gradually reached. His residence was ransacked and his computer taken in an effort to recapture video that he shot -in an official capacity - at ground zero. However, some hours of it has found its way onto YouTube.[2]

The commercially-controlled media said nothing about Sonnenfeld's case until January 2015 when the Argentine supreme court ruled that he could be extradited back to US. As of July 2015, Wikipedia was questioning Kurt Sonnenfeld's notability. Their 2015 article on him outlined the basic scenario but gave minimal space to his revelations about 9-11. The section entitled "Murder suspect" made up nearly half the article.

Sonnenfeld was one of four FEMA photographers who were given exclusive access to Ground Zero following the September 11 Attacks in New York in 2001.[2]

Around 10 hours of video shot by Sonnenfeld has been posted on YouTube.[3] It appears to have been uploaded there by Dylan Avery, who somehow acquired the video in spite of authorities' efforts to remove it from Sonnenfeld.

In a 2009 interview with Voltaire Network, Sonnenfeld notes a variety of anomalies in the official story, including the generally unremarked upon WTC6.[Expand][4][5] 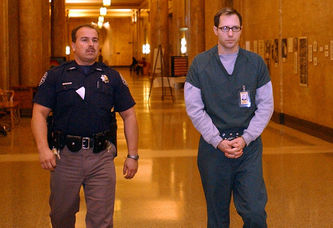 Sonnenfeld in 2002, arrested for murder

On 1st January 2002 Kurt's wife Nancy was found on a couch in their home, with a bullet wound to the back of the head. Sonnenfeld was arrested for her murder although his fingerprints were not on the gun found at the scene and his gunpowder residue tests were negative. Gunpowder residue was found on his wife's hand and her fingerprints were found on the magazine.[6] A note in Nancy's hand writing was found by investigators. Prosecutors dropped the case in June 2002 for lack of evidence but maintained the right to refile. The renewed interest by prosecutors in Colorado was premised on alleged confessions Sonnenfeld made to two cellmates while he was in jail awaiting trial.[7] Sonnenfeld claimed that in fact it was a suicide, which the US government initially disputed but Attorney Bill Ritter dismissed the charges due to insufficient evidence.

In 2002, after prosecutors in the office of former Denver District Sonnenfeld visited Argentina and married Paula Duran.[When?][citation needed] Concerned that he might be re-arrested by the US government, Kurt left for Argentina, where he arrived on February 18, 2003.[8] He was arrested in 2004.[9] After being granted asylum, he has been living in Buenos Aires for more than 10 years, where he remarried.[10] Later the murder charge was indeed revived and the US Justice Department pressured Argentina for his extradition.[11] 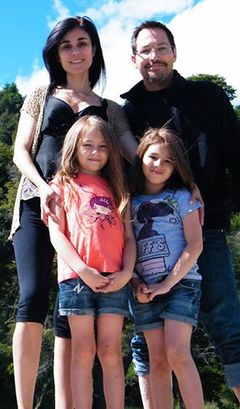 A Facebook portrait of Kurt Sonnenfeld with his second wife and twin daughters in Argentina.

The US made an extradition request and Sonnenfeld was imprisoned for seven months in the Villa Devoto penitentiary, an infamous Buenos Aires prison, until an Argentine federal judge rejected the U.S. extradition request because Sonnenfeld faced the death penalty if convicted in the US. Argentina does not recognize the death penalty.[12] His testimony was requested by 9/11 families.[13] He and his wife testified to the Argentine Congress about his videos.[14]

In 2015, the Argentinian Supreme Court agreed that Sonnenfeld could be extradited to US, having been assured that he would not be executed.[15][5][16]

However, since the decision of the Argentine Supreme court only permitted his extradition, it did not mandate it or set a time frame,[17] Cristina Kirchner, outgoing President of Argentina, was able to effectively block the extradition citing human rights violations.[18][19].[20]

On May 8, 2009, Kurt Sonnenfeld published El Perseguido (The Persecuted), at the 35th Annual Buenos Aires Book Fair in Argentina. In the book, he describes the reasons for his skepticism of the official account of 9/11. In particular, the empty gold vaults at World Trade Center 6 and the symmetric rubble pile at World Trade Center 7.[21] In November 2012, New Horizon Press published, "The Spin Doctor: Hero or Cold-Blooded Killer?," [22] by Denver Post Staff Writer Kirk Mitchell, which disputes Sonnenfeld's claims about the 9/11 terrorist attack on the World Trade Center.[23]

Sonnenfeld's case has been reported on by some corporate media, including the Guardian[24] and CBS News.[25][26]

The Strange Case of Kurt Sonnenfeld 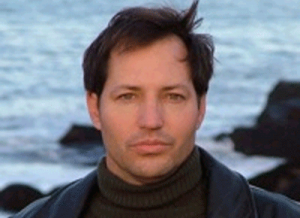