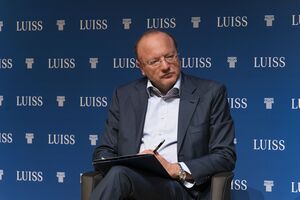 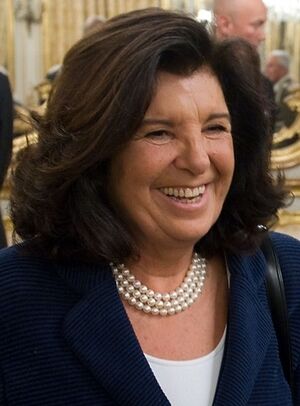 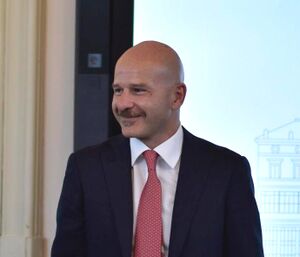 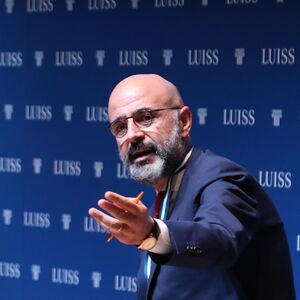 Luiss is consistely ranked as a top university in Italy. It provides undergraduate and post-graduate education, in addition to a range of Double Degree programs, in the fields of finance, business, management, law and political science. It is located near the historical center of the city, between the neighborhoods of Parioli and Trieste.

The university is supported by Confindustria, the Italian confederation of industries.[1] Luiss has four different campus: one in Viale Romania, one in Via Parenzo, one in Villa Blanc and the last one in Viale Pola. There is also a library in Santa Costanza.

Luiss came out of a pre-existing university, (Pro Deo University). The educational institution was founded in 1946 as the first private university in Italy to be founded after the Second World War, initially as a Catholic university under the name Istituto di Studi Superiori Pro Deo by the Roman Catholic clergymen Fr Félix Andrew Morlion, a Belgian Dominican priest, and Msgr. Antonio de Angelis. Since 1948 it was named Università Internazionale degli Studi Sociali “Pro Deo”. Its purpose was to train anti-communist cadres on behalf of the Vatican, but it was also connected to the CIA and the Italian secret services.[2][3][4][5] The founders' connections to US intelligence services, which had been rumored since 1968, and various scandals led to the institution's ecclesiastical identity being abandoned in the early 1970s.

Since its transformation into a secular private university in 1974, the university has been closely associated with the Italian national employers' association Confindustria. That year, a group of businessmen led by Umberto Agnelli, whose brother Gianni was at the time president of Confindustria, and Vittorio Merloni took over the declining "Pro Deo" University, which was redesigned and renamed Luiss (an acronym for Libera Università Internazionale degli Studi Sociali, which means "Free International University of Social Studies") in 1977. Eventually, other public and private industrial groups, as well as some banks, joined the founders. In discontinuity with the previous governance, the new owners intended to use the university as a forge for the training of the new ruling classes through the teaching of social sciences.

The group of businessmen and bankers who had promoted and financed the birth of the project, as well as the transformation of the organization of the old Pro Deo University, into the more modern ones of Luiss University, as it is today, was established in 1985 in the current “Friends of Luiss”. This has had since its inception the Senator Umberto Agnelli as its president, who was then succeeded by Francesco Gaetano Caltagirone (still in office), and plays a vital role in the collection and distribution of economic resources to be allocated to provide scholarships for students who have enormous potential but a lack of economic resources, and to ensure that the most brilliant Luiss graduates have the possibility of earning PhDs to dedicate themselves to scientific research with a view to an academic career or advanced professional activities.[6]

Guido Carli, former Governor of the Banca d'Italia, President of Confindustria and later Senator was President of Luiss from 1978 until his death in 1993. His work was so highly esteemed that in 1994 the university changed its name to Luiss Guido Carli.

Originally the university had only the faculties of Economics and Political Science, to which was added the faculty of Law in 1982. In 2011 an academic reorganization took place, which resulted in today's four Departments: Law, Business and Management, Economics and Finance, and Political Science. Today the University offers many courses entirely taught in English, such as 'Economics & Business' or 'Politics, Philosophy and Economics'.

Multiple presidents have also worked as President of Confindustria.