The legal position as regards 9/11 is complex, self-contradictory and not well reported by commercially-controlled media.

The FBI's investigation into the 2001 Anthrax attacks was led by Richard Lambert, who in 2015 sued the FBI, alleging that they were concealing evidence that could have exonerated Ivins.[1][2]

The FBI accused Steven Hatfill with the attacks. After "a decade of lawsuits" he cleared his name.[3]

In September 2011, an 8 year legal battle concluded when the US federal government agreed to pay $2.5 million to the family of Robert Stevens, the first anthrax victim. This exposed slack rules and sloppy recordkeeping at the Army’s biodefense laboratory at Fort Detrick.[4]

97% of victims' family members accepted money from the 9-11/Compensation fund and in so doing agreed not to be involved in legal action about the attacks. Beverly Eckert notably refused and stated that "My silence cannot be bought". She died in February 2009 in a small plane crash. Lawyer Michael H. Doran was working with families who rejected the government's offer when he died in a plane crash on April 28, 2009. 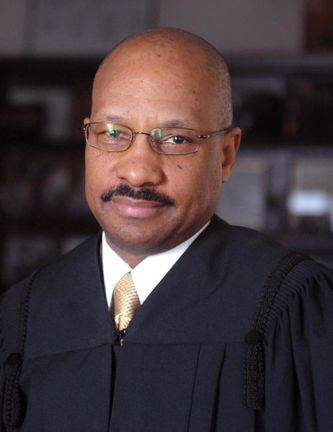 Stanley Hilton attempted to prosecute cabal members for their involvement, but was told that since they were employed by the US government, they had "sovereign immunity" from such lawsuits.

In 2011, U.S. District Judge George Daniels blamed Iran, the Taliban and al Qaeda for the attacks, and demanded that Iran pay over $10 billion.

US trial judges twice ruled that Saudi Arabia is immune from prosecution under the federal Foreign Sovereign Immunities Act, but in 2013, the 2nd U.S. Circuit Court of Appeals in New York revived a lawsuit in light of a 2011 decision that had allowed similar claims to proceed against Afghanistan.

In September 2015, George Daniels ruled further that Saudi Arabia had "sovereign immunity" from prosecution in regard to 9-11.[5]

In March 2018, George Daniels ruled that plaintiffs suing Saudi Arabia had “narrowly articulate a reasonable basis” and could proceed.

Larry Silverstein, who leased the World trade center in 2001, spent over a decade in lawsuits, and was awarded billions of dollars of compensation.

Beverly Eckert, widowed by 9/11, refused to accept the 9-11/Compensation fund and forcefully stated "My silence cannot be bought". She died in a plane crash on 12 February 2009 shortly after meeting Barack Obama.

Michael Doran was a US lawyer who provided pro bono assistance to the relatives of 9-11 victims who refused the US government's 9-11/Compensation fund and sought to take legal action instead. On 28 April 2009 he died in a small plane crash.

In May 2012, Tony Rooke refused to pay his BBC license, citing Section 15 of the 2000 Terrorism Act, which states that "it is an offence for someone to invite another to provide money, intending that it should be used, or having reasonable cause to suspect that it may be used, for terrorism purposes".