David Philip Pannick, Baron Pannick, QC (born 7 March 1956) is a leading barrister in the United Kingdom, and crossbencher in the House of Lords.

Lord Pannick practises mainly in the areas of public law and human rights and has argued 100 cases before the Appellate Committee of the House of Lords before its replacement by the new Supreme Court of the United Kingdom in October 2009.

In September 2019 at the UK/Supreme Court, Lord Pannick QC - representing the businesswoman and legal campaigner Gina Miller - alleged that Boris Johnson’s motive for introducing a House of Commons prorogation of five weeks was “to silence Parliament for that period”.[2]

The prime minister’s extended suspension of MPs’ debate was carried out for an “improper purpose”, he added, to “avoid the risk of Parliament undermining the policies of his executive”.

“The prime minister’s advice to Her Majesty to prorogue Parliament for a period of five weeks is an unlawful abuse of power,” Pannick told the Court.

“His reasons for advising on a five-week prorogation were improper in that they were infected by factors inconsistent with the concept of parliamentary sovereignty, in particular his belief that Parliament does nothing of value at this time of year and his concern that Parliament might take steps which would undermine the government’s negotiating position with the EU.”[3] 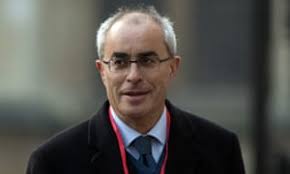