Lyn Brown (born 13 April 1960) is a British Labour Party politician who has been the Member of Parliament (MP) for West Ham since the 2005 UK General Election. She was a Shadow Minister at the Home Office from September 2015 to 28 June 2016.

Brown was born in London to Joseph and Iris Brown. She was educated at Drew Road Primary School, Silvertown and Plashet Comprehensive School before attending the Whitelands College, Putney (now part of Roehampton University).[2] In 1984 she began work as a social worker for the London Borough of Ealing.[3]

She was elected Councillor for Newham London Borough Council in 1988. She unsuccessfully contested Wanstead and Woodford at the 1992 General Election and was defeated by the Conservative James Arbuthnot.[4]

The former minister and Labour MP for West Ham constituency Tony Banks retired and Lyn Brown was selected to contest the safe Labour seat through an all-women shortlist.[5] Lyn Brown became the seat's MP at the 2005 General Election with a majority of 9,801 votes. She made her maiden speech on 23 May 2005.

In June 2009 she was promoted to become an Assistant Government Whip and remained as a whip, in opposition, following the 2010 General Election when she was returned with a significantly increased majority of 22,534.[6]

In October 2013, Lyn Brown became Shadow Minister (Communities and Local Government). In September 2015, she was appointed as a Shadow Home Office Minister by Labour leader Jeremy Corbyn, a position from which she resigned on 28 June 2016.

On 7 June 2017, one day before the UK/2017 General Election, Lyn Brown temporarily replaced Diane Abbott as Shadow Home Secretary during a period of ill health for Abbott.[7] 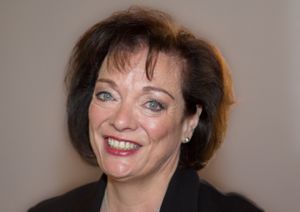