Mark Rowley is the Assistant Commissioner for Specialist Operations of the Metropolitan Police Service and the concurrent Chair of the National Police Chiefs' Council Counter-Terrorism Coordination Committee and National Lead for Counter-Terrorism Policing.[1]

He was previously Chief Constable of Surrey Police (2009-2011), and also served as Acting Deputy Commissioner of the Metropolitan Police between February 2017 and April 2017.[2]

In 1987, Rowley began his policing career when he joined West Midlands Police as a constable.[3] His early career centred on Birmingham where he undertook a broad range of both uniformed and detective roles.[4]

He reached the short list of four candidates to become head of the new National Crime Agency but lost out to Keith Bristow.[5][6]

Opinions are divided on the fate of an Islamic State execution cell dubbed the 'Beatles' – Alexanda Kotey and El Shafee Elsheikh – who were captured in Syria in January and are accused of links to a string of hostage murders in Iraq and Syria.

Last week, Home Secretary Amber Rudd left the door open for the two Londoners to face trial in the UK, after Defence Secretary Gavin Williamson said they should not return to Britain because they had “turned their back on British ideas, British values”.

The US wants other countries to take responsibility for their own citizens arrested in the fight against IS.

Asked about the fate of the pair on Monday, Met Assistant Commissioner Mark Rowley said:

“The people who have done the most ghastly things overseas, the ones who don’t fight to the death, we would all like to see them never able to do anyone any harm ever again. Locking them up and throwing away the key would be a great idea.”

Mr Rowley spoke to journalists ahead of a speech on Monday, expected to be one of his final public engagements before he retires from policing next month.[7]

Rowley’s speech wasn’t about community policing. It was about top-down policing. It is significant and deeply ironic that the speech was made in Whitehall and organised by Dean Godson, director of Policy Exchange.

Mark Rowley is a policeman. There’s no reason why he should know, but Policy Exchange has dedicated itself to opposing rather than supporting so-called community policing. Before Policy Exchange set up shop 15 years ago the police and intelligence services concentrated with remarkable success on developing deep, trusting relationships with Muslim communities and institutions.

For example, during the Troubles in Northern Ireland they worked with Republican groups in order to isolate terrorists. Meanwhile British government, police and intelligence services saw their job as enforcing the law rather than policing ideology or personal beliefs.

Policy Exchange argued that this policy was wrong when it came to Islam. They argued against giving credibility to community groups, and pressed the authorities to police so-called "extremism" as well as fighting terror.

Policy Exchange made the case instead for an ideological battle against what it called Islamism, instead of old-fashioned policing of violent criminals.

So poor old Mark Rowley’s speech yesterday was a muddle, an intellectual shambles. Serves him right for playing politics when he ought to be doing his day job.[8] 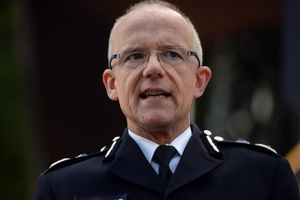 +
Has image2
File:Mark_Rowley.jpg +
Has noRatings
0 +
Has objectClass
Person +
Has objectClass2
Person +
Has posting
Assistant Commissioner for Specialist Operations +, Assistant Commissioner for Specialist Crime and Operations +  and Chief Constable of Surrey Police +
Has revisionSize
5,946 +
Has revisionUser
Patrick Haseldine +
Has wikipediaPage
https://en.wikipedia.org/wiki/Mark Rowley +
Has wikipediaPage2
https://en.wikipedia.org/wiki/Mark_Rowley +
Is not stub
true +
Has subobject"Has subobject" is a predefined property representing a container construct and is provided by Semantic MediaWiki.
Mark Rowley +, Mark Rowley +  and Mark Rowley +