From Wikispooks
< Mass surveillance
Jump to navigation Jump to search

Technologies of mass surveillance have been proliferating increasingly quickly since 9/11. A major driver has been the large (and often unaccountable) budgets associated with the "war on terror".[1] Another factor is the 'critical mass' of technologies combined with increased facility of communication offered by the internet.

“The reach of these technologies is astonishingly broad: governments can listen in on cell phone calls, use voice recognition to scan mobile networks, read emails and text messages, censor web pages, track a citizen’s every movement using GPS, and can even change email contents while en route to a recipient. Some tools are installed using the same type of malicious malware and spyware used by online criminals to steal credit card and banking information. They can secretly turn on webcams built into personal laptops and microphones in cell phones not being used. And all of this information is filtered and organized on such a massive scale that it can be used to spy on every person in an entire country.”
(2017)  [2]

BAE has secretly sold mass surveillance technology to Middle Eastern governments criticised for repressing their populations.[3] Traditional concerns about civil liberties are de facto more or less irrelevant to a commercial environment such as the US in which post-hoc sweeping immunity from prosecution is no longer an exceptional event. In 2013 Frank La Rue, U.N. special envoy on free expression, expressed major concerns about new surveillance tools designed to “track and record Internet and telephone communications on a national scale.”[4] 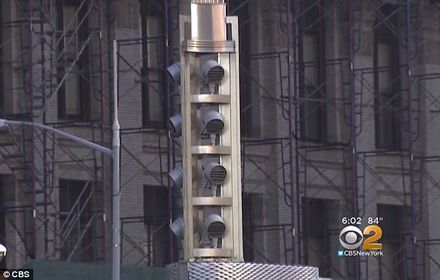 One of the 18 structures that popped up in New York, at a reported cost of $100M, containing an unknown array of DoHS equipment

In New York, the Metropolitan Transportation Authority began building a set of 18 metal towers at the ends of tunnels and bridges. MTA chairman Joe Lhota said the towers included "fiber optics necessary for those Homeland Security items" but declined to elaborate further.[5] In San Diego, streetlights are being equipped with video cameras, microphones and other sensors.[6] 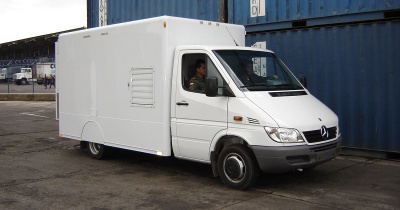 The Z Backscatter Van can scan while driving alongside a line of vehicles or while parked as they pass by. (American Science and Engineering Inc.)

In 2015 a US judge required that more details be published about the unmarked vans with which NYPD uses X-Rays to carry out surveillance on citizens.[7]

In December 2014 it was announced that Italian Reaper UAVs (drones) are to be used to monitor soccer games and demonstrations in Italy’s cities, following a deal struck between the Italian Air Force and the country’s police forces.[8]

In January 2015, it was first reported that since 2012 the United States Marshals Service has been using hand held radars which can "see through walls". Originally developed for use in Iraq and Afghanistan, they are sensitive enough to detect human breathing within 50 feet.[9]

Public research that uses Wi-Fi signals to calculate the movement of persons within a building started before 2013.[10] Papers have been published that show how to do this with regular network equipment that is present in many households in Europe, Asia and the US.[11]

In USA, the Transportation Security Administration was set up after 9-11, with the nominal aim of increasing passenger security. "It has since morphed into a vile organization of total domination, degradation, theft, and molestation."[12] A senior TSA manager turned whistleblower reports that the agency has a toxic culture and poor morale.[13] It provides a simple means to trial nwe mass surveillance technologies and to condition people to accept them. In 2019, the Salt Lake Tribune revealed that the Utah Attorney General had plans to introduce TSA trialled body scanners in public spaces.[14]

Termed by the Electronic Frontier Foundation "an unconstitutional, all-you-can-eat data buffet"[15] Stingray phone trackers are IMSI-catchers (International Mobile Subscriber Identity), a cellular phone surveillance device, manufactured by the Harris Corporation. Used since at least 2006, their use became public knowledge around 2012. They allow collection of data stored on phones, listening in on calls, blocking calls and man-in-the-middle attacks to capture all data. Although GPS is the simplest means of tracking phone location, methods exist to use other sensors to track location with a high probability.[16]

The combination of new algorithms, machine learning and access to big data is fuelling an acceleration in the development of mass surveillance technologies.

A report dated 1 May 2018 remarked that "Workers in China are being hooked up with brain-reading devices that feed information about their moods to their employers, raising fears about the privacy of people's most basic emotions."[17]

In January 2015, it was first reported that the Drug Enforcement Administration had initiated a massive nation wide scheme to coordinate automated collection of car license plates, coordinating DEA-owned automatic license plate readers with readers controlled by the Customs and Border Patrol and other agencies of the US government. Documents released under FOIA note that the aims are "to identify travel patterns" but the primary aim is "civil asset forfeiture." A slideshow released under FOIA suggested that the database had over 343 million records.[18] In 2014 the LAPD argued in a US court that all license plate data was required to aid in ongoing investigations.

"Taken to an extreme, the agencies’ arguments would allow law enforcement to conduct around-the-clock surveillance on every aspect of our lives and store those records indefinitely on the off-chance they may aid in solving a crime at some previously undetermined date in the future. If the court accepts their arguments, the agencies would then be able to hide all this data from the public." - EFF, 2014[19] 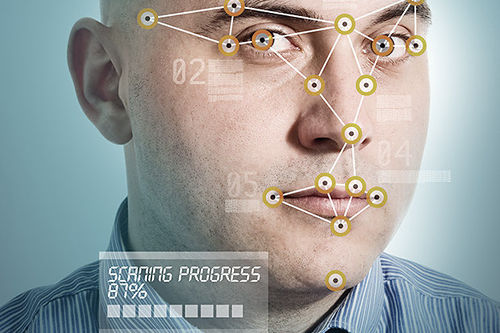 This used to require a lot of computing power, but software and hardware improvements, together with greater databases have been making it increasingly fast, reliable and effective. A 2017 story was entitled "Indiscriminate Mass Surveillance Capabilities are Growing at a Shocking Speed".[20]

The TSA has reportedly been developing systems to analyse moods and emotions based on facial microgestures, while in the UK 'walk signatures' are computer analysed.[23] The FBI is building on its database of 100 million individual records and expects to have 52 million facial images by 2015.[24]

In 2017, Heiko Maas suggested Electronic tagging should be carried out under the "war on terror" pretext on anyone whom the German government deemed to be a "general threat".[25]