Documents do go missing, both accidentally and on purpose. Differentiating between the two can be hard in any individual case, but larger patterns are helpful in revealing the bigger picture which shows this to be a standard tool of statecraft.

Destruction of evidence has a long history within the CIA. For example, in 1973 outgoing CIA Director Richard Helms ordered the destruction of all documents relating to the MK Ultra programme.

CIA whistleblower John Stockwell reported that as CIA Director, George H. W. Bush used requests by US congress to facilitate his destruction of documents.[1] Bush is presumed to have ordered the destruction of all documents about his earlier CIA career, although at least 3 documents survived which later exposed him as a lifelong CIA operative.

Deep events are used to destroy documents in apparently unrelated cases. The supreme example of this was 9-11. This provided a cover for the shutdown of many events which were problematic for the US deep state. Another example was the OKC bombing, which damaged the Murrah Building.

The extreme informational asymmetry between those who request and those who fulfil FOIA requests mean that it can be hard to discern stonewalling by a pattern of repeated disingenuous claims of "no responsive documents". The situation is improved for serial FOIA requesters. They not only have experience at phrasing such requests, but can cross-reference different responses. For example, the FBI's repeated claim of having no documents about Gerald MacGuire[2] was belied by the fact that his name was mentioned in documents revealed in response to a request about Smedley Butler.[3]

One recurring pattern is that reports compiled by junior, regional officials are passed up the chain of command only to vanish when they reach the senior levels controlled by deep state groups, in particular as regards topics useful for purposes of blackmail or other clandestine control. 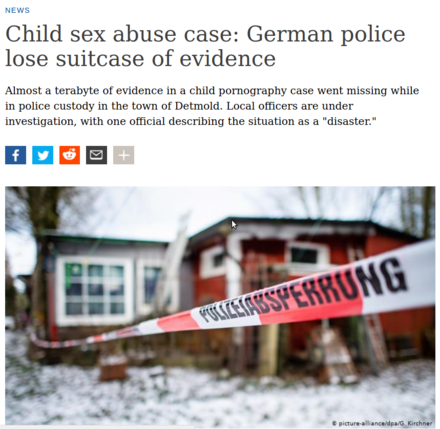 Various VIPaedophile-related dossiers have been compiled by UK police but were later "lost" by Whitehall, senior police, the SFO or intelligence agencies. In 2014, the UK Home Office reported having lost or destroyed 114 files relating to child abuse by senior politicians.[4] In 2019 a suitcase of CDs and DVDs from a child sex abuse case disappeared from a German Police evidence room.[5]

Evidence of war crimes regularly gets mislaid in bureaucracies, in ways that prevent clear assignment of culpability. In November 2019 sources within the Dutch Ministry of Defence announced that they had "lost the definitive CENTCOM report" on the 2015 Hawija bombing.[6]

CCTV provides an extra level of deniability, since by design, CCTV cameras provide no indication of whether they are functioning correctly, so missing footage can be blamed on technical problems. This is regularly used to account for missing CCTV footage of deep events, including the 7-7 bombings, OKC bombing, unlawful killing of Diana Spencer.

Occasionally, 3rd party footage is confiscated, such as on September 11th, 2001, when all known footage of the attack on the US Pentagon was quickly confiscated. As of December 2018, only a set of images from one low frame rate CCTV camera have been released. Jesse Trentadue states that he was given 26 pieces of CCTV footage, all of which with gaps in it just as the Ryder truck was passing.[7]

On August 5, 2006, Richard Macey for the Sydney Morning Herald reported that "it is feared the magnetic tapes that recorded the first moon walk - beamed to the world via three tracking stations, including Parkes's famous "Dish" - have gone missing at NASA's Goddard Space Centre in Maryland.... Originally stored at Goddard, the tapes were moved in 1970 to the US National Archives. No one knows why, but in 1984 about 700 boxes of space flight tapes there were returned to Goddard."We have the documents to say they were withdrawn, but no one knows exactly where they went," Mr Sarkissian said."[8] NASA announced on July 16, 2009 – the 40th anniversary of Apollo 11's launch from Cape Kennedy that they believed the tapes had been erased.

The SFO stated in 2013 that it abandoned its investigations into the multi-billion dollar Al Yamamah arms deal due to losing 32,000 pages of data and 81 audio tapes.[10] It reportedly also lost several crates of evidence relating to the Asil Nadir case.[11]

A BBC editor once stated that the BBC couldn't give more details on its premature announcement of the destruction of WTC7 due to having lost that tape.[12] Later they reportedly found it again but have not answered the question about their foreknowledge of WTC7's destruction.[13]

Wayne Madsen reported in 2005 that "the Jersey City Police discovered their 911 system tapes on September 11, 2001 disappeared from their servers and achives after ISI took over the contract." [14] 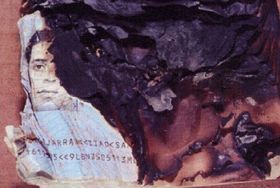 Ziad Jarrah's passport, as reportedly found in the street having survived the 9-11 fireball that destroyed the plane's black boxes.

In 2015 Russ Baker coined the phrase "Lost and Found ID syndrome", observing a regular pattern in deep events. Passports, he noted, tend to be conspicuous by their presence rather that their absence. [15] The deliberate creation of a misleading document trail is a converse of the deliberate destruction of real documents.

Removal of documents from the internet is often technically difficult. Moreover it is risky due to the Streisand Effect, since unsuccessful attempts to remove documents can draw more attention to them.