From Wikispooks
< Operation Gladio
Jump to navigation Jump to search

Operation Gladio has been exposed since operational details are now publicly available, and official bodies such as national governments and NATO have admitted that the operation existed. However, although some low level operatives have been imprisoned, key parts of it remain hidden. The Operation Gladio/B claims made by Sibel Edmonds are not part of the official record - the US authorities chose to subject her to legal gagging order.

In 1972 an arms cache was discovered near Trieste containing C4 explosive identical to that used in the 1972 Peteano bombing.

In 1978, Norwegian Police tracking a small scale illegal moonshine operation stumbled on a cache of arms in a secret basement under the house of shipowner/spook Hans Otto Meyer. Norway's Minister of Defence, Rolf Hansen told the Norwegian parliament admitted that privately organized resistance groups were controlled by the intelligence agencies, but denied that they were answerable to NATO and dismissed any connections to the CIA.[1]

In 1984 an Italian judge Felice Casson reopened the case of a car bomb in Peteano in 1972 and uncovered a series of anomalies in the original investigation. General Mingarelli, head of the head of the caribinieri in the Udine region, was later found guilty of diverting this investigation and sentenced to 10 years (later reduced to 2½ years).[2] 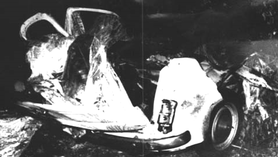 The remains of the Fiat 500 after the 1972 Peteano bombing

Following the discovery of an arms cache near Trieste in 1972 containing C4 explosives identical to that used in the Peteano attack, Casson's investigation revealed that although originally blamed on the communist Red Brigades, the bombing in Peteano was the work of the military secret service Servizio Informazioni Difesa in conjunction with Ordine Nuovo.

Judge Casson’s investigation also revealed that the 1972 Peteano bombing was the continuation of a series of bombings begun at Christmas 1969, the most well-known of which, on the Piazza Fontane in Milan, killed 16 and injured 80. The bombing campaign culminated on 2 August 1980 with a massive bomb in the waiting room of Bologna railway station which killed 85 and injured 200.

The Strategy of Tension

During his trial, Vincenzo Vinciguerra revealed that, in addition to discrediting left wing political groups, there had been a second aim behind the bombings - to inculcate a climate of fear among the general populace. This was known as the 'strategy of tension' which was intended to generate a pervasive sense of fear which would encourage the population to appeal to the state for protection. As Vincenzo Vinciguerra summarized during his trial:

‘You had to attack civilians, the people, women, children, innocent people, unknown people far removed from any political game. The reason was quite simple. They were supposed to force these people, the Italian public to turn to the State to ask for greater security.’

In Francovich's documentary on Gladio, he described the aim as to ‘destabilise in order to stabilise’… ‘To create tension within the country to promote conservative, reactionary social and political tendencies.’ 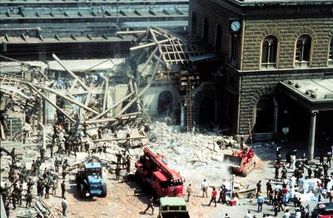 The secret Gladio army, as Andreotti revealed, was well armed. The equipment provided by the CIA was buried in 139 hiding spots across the country in forests, meadows and even under churches and cemeteries. According to the explanations of Andreotti the Gladio caches included 'portable arms, ammunition, explosives, hand grenades, knives and daggers, 60 mm mortars, several 57 mm recoilless rifles, sniper rifles, radio transmitters, binoculars and various tools'. Andreotti's sensational testimony did not only lead to an outcry concerning the corruption of the government and the CIA among the press and the population, but also to a hunt for the secret arms caches. Padre Giuciano recalls the day when the press came to search for the hidden Gladio secrets in his church with ambiguous feelings: 'I was forewarned in the afternoon when two journalists from "Il Gazzettino" asked me if I knew anything about arms deposits here at the church. They started to dig right here and found two boxes right away. Then the text also said a thirty centimetres from the window. So they came over here and dug down. One box was kept aside by them because it contained a phosphorous bomb. They sent the Carabinieri outside whilst two experts opened this box, another had two machine guns in it. All the guns were new, in perfect shape. They had never been used.'

But he denied the claim of Vinceguerra that the Gladio armies had been involved in the domestic terrorism the country had witnessed. Despite that, a parliamentary commission in 2000 investigating Gladio explicitly rejected his denial and concluded to the contrary:

‘Those massacres, those bombs, those military actions had been organised or promoted or supported by men inside Italian state institutions and, as has been discovered more recently, by men linked to the structures of United States intelligence.’

In all, 12 EU countries were affected and on November 22 1990 the European Parliament debated the issue.

The tone was set by Greek parliamentarian Ephremidis:

'Mr. President, the Gladio system has operated for four decades under various names. It has operated clandestinely, and we are entitled to attribute to it all the destabilization, all the provocation and all the terrorism that have occurred in our countries over these four decades, and to say that, actively or passively, it must have had an involvement.' Ephremidis sharply criticised the entire stay-behind network: 'The fact that it was set up by the CIA and NATO which, while purporting to defend democracy were actually undermining it and using it for their own nefarious purposes.' 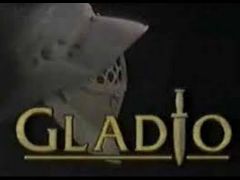 John Major's government continued to peddle the line of not commenting on matters of national security but headlines continued. Newsnight in April 1991 highlighted the evidence that the Gladio networks had operated politically with subversion of the Left. This was reinforced a year later in three ground-breaking documentaries for the BBC by Allan Francovich. Francovich made extensive use of primary sources, focusing almost exclusively on Gladio in Italy and in Belgium, where he looked at the Brabant Massacres and attempted to connect them to the Gladioesque anti-communist group, Westland New Post. His documentary interviews key figures in Gladio such as Licio Gelli, head of the P2, Italian right-wing activist Vincenzo Vinciguerra, Venetian judge and Gladio discoverer Felice Casson, Italian Gladio commander General Gerardo Serravalle, Senator Roger Lallemand, head of the Belgian Parliamentary inquiry into Gladio, Decimo Garau, former Italian instructor at the Sardinian Gladio base, William Colby, former Director of CIA and Martial Lekeu, former member of the Belgian Gendarmerie to name but a few.

"The stay-behind effort, in my view, was simply to be sure that if the worst came to worst, if a Communist Party came into power, that there would be some agents there who would tip us off, and tell us what was happening and be around", Ray Cline, Deputy Director of the CIA from 1962 to 1966, explained for instance in front of Francovich's camera. "It's not unlikely that some right-wing groups were recruited and made to be stay-behinds because they would indeed have tipped us off if a war were going to begin, so using right-wingers, if you used them not politically, but for intelligence purposes, is o.k.", Cline went on the record. The papers on the next day in London reported that "It was one of those programmes which you imagine will bring down governments, but such is the instant amnesia generated by television you find that in the newspapers the next morning it rates barely a mention."
(DG p.50)