As of August 2015, Wikipedia highlighted allegations that LeWinter is a "convincing storyteller", and reports that "he was best known for his role in the October Surprise controversy". Wikipedia cites a 2001 article in the Washington Post by Vernon Loeb and Bill Miller entitled "He's Played the Part of an Ex-CIA Agent for Years Now. It's a Convincing Act", including such testimony as Vincent Cannistraro has termed him "an example of a brilliant mind gone to the bad"[2] and claimed that "The guy is a chameleon. He can show up and pretend to be anyone."[3] LeWinter is portrayed as a charlatan, whose career of fraud goes back at least as early as a 1953 FBI arrest for illegally wearing a Marine Corps uniform to hitch a ride on a Coast Guard plane to Florida.[4]

LeWinter is mentioned in the 1998 Assassination Records Review Board report, which claims that "FBI and CIA files indicate that LeWinter is a well-known fabricator with an interest in intelligence and law enforcement activities who frequently makes claims related to sensational or unusual news events. The records that the Review Board examined did not show that Oswald LeWinter was ever employed by or worked for the CIA in any capacity."[5] It appears not to treat this with a hint of scepticism, as if official denials of involvement were proof positive - ignoring the evidence of history, as provided by cases such as Edwin Wilson.

LeWinter pursued a shady career involving a lot of fake identities, military/intelligence contacts and international drug smuggling - consistant with work as a spook. Trowbridge H. Ford claimed that LeWinter was "Duane Clarridge's deputy for European operations."[6] The official narrative that he was just a high flying and gifted con man does not explain the various deviations from standard operating procedure, such as officials deciding not to arrest him on multiple occasions.

He was reportedly "Arrested in London in 1971 after authorities caught him with a New York City police detective's badge and papers suggesting he was a diplomat. One certificate proclaimed he was the Honorable Dr. Oswald LeWinter, ambassador extraordinary, who should be afforded diplomatic privileges because he was with the Sovereign Order of the Knights of Malta. British authorities jailed LeWinter briefly before deciding not to pursue charges."

"In the early 1980s, LeWinter was divorced, working as a University of Maryland professor teaching psychology to American military personnel in Germany."

In 1984, LeWinter was arrested by German authorities and extradited to Newark, New Jersey, where he pleaded guilty of taking part of a $100 million scheme to smuggle into the United States a chemical used in the illegal manufacture of methamphetamine. He was sentenced to 6 years but released after 2 years.

LeWinter - especially in retrospect - was fairly widely hailed as a disinformation specialist. One commentator noted "Oswald LeWinter is an article unto himself, and only a single asset, one of hundreds feeding mystery meat into the sausage grinder of History".[7] This does not mean that his information should be disregarded, but caution is advised - not least because so many of his statements contradict one another.

In 1988, LeWinter, using the alias "Razine" emerged as a key source for at least two authors and numerous journalists when he testified about the October surprise conspiracy that he had "provided security during a meeting in Paris that involved William Casey, soon to become CIA director; vice presidential candidate George Bush; and CIA official Donald Gregg". He later claimed his testimony "had been a complete fabrication."

Alan Francovich was apparently convinced enough of "Colonel Oswald LeWinter"'s credibility to include him extensively in his BBC Timewatch programme on Operation Gladio, where he is introduced as "CIA - ITAC Liason Officer, Europe". The ITAC is the Intelligence Tactical Analysis Center of the DIA, which was assigned to a CIA officer.[8]

Oswald LeWinter appeared in another Alan Francovich film, The Maltese Double Cross - Lockerbie, where he is identified as "CIA, 1968-85."

"The South Africans particularly Pik Botha were booked on flight 103 and changed pretty much at the last hour or so. The South Africans had been warned by the Bureau for State Security to change reservations. BOSS is close to two very important services: the Israeli Mossad agency and also to the American Central Intelligence Agency.

"There's a German reporter who refuses to go on camera but is close to Federal German intelligence sources who assured me that Khreesat was an agent of the Jordanian service and an asset of the CIA."

"What is that famous saying about 'putting the fox in charge of the chicken coop'? For Vincent Cannistraro to be put in charge of investigating Lockerbie would be funny if it weren't an obscenity."

"I was contacted by a fellow who worked for Oliver North and asked to develop an operation laying a trail that would lead back to Libya making it look as though it was a Libyan effort behind this putting drugs into the United States. The way to do this is to make it look as though the material had been shipped from Europe to Libya and then from Libya to the United States. I was buying a precursor for the manufacture of benzyl ketone which has the same chemical formula as cinnamic acid. I would buy that and the labels would be switched to acyl ketone. It would be shipped to the US where the mafia would pay for it in advance. My instructions were to use Frankfurt since that was where all the contacts were. I was given stationery and bills of lading. Libyan Arab Airlines were to be used. I received the funds to do this through the military banking system. Here's a receipt for 317,100 German Marks. The street value of the drugs I imported was about $350 million."

The blatantly fraudulent 'hotel room scene' featuring Oswald LeWinter between 02.12 and 02.15 has been heavily criticised by Lockerbie campaigner Barry Walker.

LeWinter has been termed "the disinformant who did most damage in the Palme murder investigation. He kept the Police Investigation Group (PU) working for four years. LeWinter led an incredible double life."[9]

It has been claimed that LeWinter was aware of the Oklahoma Bombing.[10]

After Diana, Princess of Wales and Dodi Fayed were "unlawfully killed"[11] in an August 1997 car crash, Fayed's father, Mohamed al-Fayed, became convinced that their deaths were not accidental, and offered a reward for information leading to the arrest of those responsible. LeWinter, claiming to be a CIA officer, offered al-Fayed what he said were CIA documents that showed that MI6 had arranged the assassination at the behest of Buckingham Palace.

In November 1997, Mohamed al-Fayed called former MI5 agents Annie Machon and her partner David Shayler, who were then on the run and living in a remote farmhouse in France, and sent a chauffeur-driven limousine to bring the pair to Paris to inspect the documents. Machon described her reaction upon seeing the documents: "They looked good but if you knew what a proper MI6 document looked like, there were some simple errors: things like the date/time line; things like the addressee list; they weren't quite right. They were forgeries, very good forgeries. You know al-Fayed was asked for $20 million for these documents and would have paid if they were real. Because he was desperate to prove that there was a plot against his son and his possible future daughter-in-law. Anyway, we saw they were fakes and saved him $20 million, but also saved him embarrassment. This was a classic 'straw man' operation whereby he would have bought them, held them up to the world's media saying 'Look I've got proof'. Then the authorities would have turned round and said 'It's so obvious, look at these simple errors' and everything else he would have found out, he would have been dismissed as a fantasist. So his entire campaign for justice for his son would have stalled before it had even started."[12]

Negotiations for the documents began in the United States and were conducted between al-Fayed's security head John Macnamara and an American lawyer and a journalist but because LeWinter insistedon meeting outside America, al-Fayed suspected fraud and notified the FBI, the CIA, and police in Vienna, where the meeting was to take place. When LeWinter produced the documents at the meeting in Vienna, he was arrested. The documents were judged forgeries and LeWinter was convicted of fraud. He served over two and a half years in prison, and was released in December 2000. The US government chose not to press charges, leading Mark Zaid, one of al-Fayed's Washington lawyers, to speculate that LeWinter might indeed "have served the CIA in some capacity that the agency would just as soon forget".

Al-Fayed hired Terry Lenzner, former assistant chief counsel for the United States Senate Watergate Committee, in the Fall of 1998 to investigate the claims of LeWinter and his associates to determine whether the British government was involved in Diana's unlawful killing. Lenzner reported that the "evidence we collected supported the conclusion that Oswald LeWinter was not a credible source."[13]

Retrieved from "https://wikispooks.com/w/index.php?title=Oswald_LeWinter&oldid=157843"
Categories:
... more about "Oswald LeWinter"
RDF feed
Born on
April 2, 1931 +
Constitutes
Spook +, Poet +, Academic +  and Deep state operative +
Description
A shady character who issued a lot of conf … A shady character who issued a lot of conflicting statements and claimed to be ex-CIA. The official narrative about him - "it's all lies, he's a complete fraud" - scores for simplicity, but does not explain how he could have been so well informed on such a wide range of deep state operations.deep state operations. +
Died on
February 13, 2013 +
Display born on
2 April 1931 +
Display died on
13 February 2013 +
Display docType
Wikispooks Page +
Display image
File:Oswald_LeWinter.jpg +
Display image2 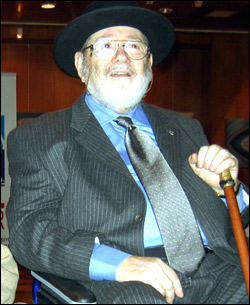