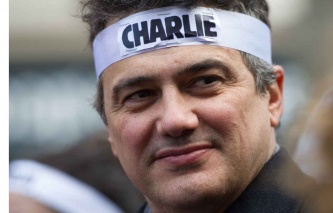 Since 2004, he has written articles in Charlie Hebdo, a satirical newspaper, on the work of an emergency physician.[1] During the Charlie Hebdo shooting, on 7 January 2015, he was near the magazine's building, so he was one of the first people on the spot after the shooting, being called by someone who worked for the magazine. He immediately phoned French President François Hollande to tell him what had happened. He saw that some of his friends were dead and provided first aid to the others.[2]

In unclear circumstances,[clarification needed] Pelloux volunteered the information that a "multi-site attack exercise" had been planned for November 13th, 2015.[3] YouTube has at least 2 video interviews[4][5] about this. He was gave a radio interview to the BBC.[6]