On 9/11, Paul Bremer was an executive of Marsh & McLennan, a company whose offices were hit by one of the planes.[1] Kevin Ryan writes that "For many years prior to 9/11, two Americans were in unique positions to originate and frame the national conversation about "terrorism". Those same two people, Brian Michael Jenkins and L. Paul Bremer, played extraordinary roles related to aviation security and World Trade Center (WTC) security in the few years before the 9/11 attacks. Could Bremer and Jenkins have been front men for a program that hyped the threat of "terrorism" while at the same time manufacturing terrorist events for political purposes?"[2]

Bremer was also on the board of Komatsu, a company which in 1996 had developed a nano-thermite demolition patent that could "demolish a concrete structure at high efficiency, while preventing noise and flying chips".[3] 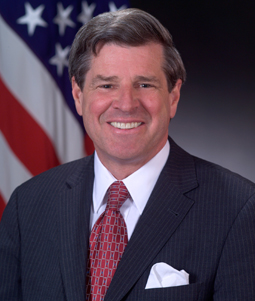 +
Display lifespan
Born 30 September 1941 +
Has almaMater
Yale University +, Harvard Business School +  and Paris Institute of Political Studies +
Has bilderbergCount
0 +
Has birthPlace
Hartford +, Connecticut +  and US +
Has cercleCount
1 +
Has child
2 +
Has fullPageName
Paul Bremer +
Has fullPageNamee
Paul_Bremer +
Has image

+
Has image2
File:Paul Bremer.jpg +
Has nationality
US +
Has noRatings
0 +
Has objectClass
Person +
Has objectClass2
Person +
Has posting
Administrator of the Coalition Provisional Authority of Iraq +, Coordinator for Counterterrorism +, United States Ambassador to the Netherlands +  and Executive Secretary of the United States Department of State +
Has powerbase
http://www.powerbase.info/index.php/Paul Bremer +
Has revisionSize
2,046 +
Has revisionUser
Robin +
Has sourcewatch
http://www.sourcewatch.org/index.php/Paul Bremer +
Has spouse
Frances Winfield +
Has wikipediaPage
https://en.wikipedia.org/wiki/Paul Bremer +
Has wikipediaPage2
https://en.wikipedia.org/wiki/Paul_Bremer +
Is not stub
true +
Has subobject"Has subobject" is a predefined property representing a container construct and is provided by Semantic MediaWiki.
Paul Bremer +, Paul Bremer +, Paul Bremer +  and Paul Bremer +