Peru is a nation state in South America.

In 1990, Alberto Fujimori was elected president of Peru. His election was a shocking event for serious political analysts. Fujimori could never have won without the backing of Peruvian lawyer (and CIA spook) Vladimiro Montesinos, who provided funding and media exposure to secure Fujimori's victory. Fujimori's kleptocracy ranks #7 on the Wikipedia's list. He later fled to Japan but was arrested in Chile and extradited.[1] After the fall of Fujimori's government, the country had a Truth and Reconciliation Commission to address the massive corruption and the mass killings carried out by both the government and resistance to it.

Citizens of Peru on Wikispooks 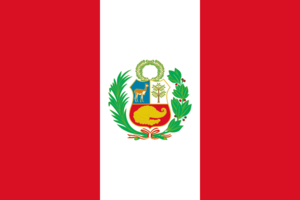