Phillip Lee (born 28 September 1970) is a British Conservative Party politician who is the Member of Parliament (MP) for Bracknell since winning the seat at the 2010 General Election.

Phillip Lee resigned from Theresa May's government in July 2018 to call for a People's Vote on Brexit.[2]

On 1 June 2019, Phillip Lee's local Conservative association passed a motion of no confidence in Lee, due to clashes over Lee's stance on Brexit.[3]

Defection to the LibDems?

“I have been contacted by members of the media to comment on the rumour concerning the defection of Dr Phillip Lee, Bracknell’s Conservative MP, to the Liberal Democrats.

“Dr Lee and I have discussed this and he has assured me that there is absolutely no substance to this rumour.

“Dr Lee emphasised in last week’s interview with Andrew Peach of BBC Radio Berkshire, that he is, and always will be a Conservative.”[4]

On 1 August 2019, Phillip Lee said he feels “politically homeless” over his party’s shift towards a no-deal Brexit following Boris Johnson’s election as Conservative leader. Speaking on a podcast with Tory MP Sam Gyimah, Dr Lee said he would spend the parliamentary recess “thinking a lot” about his future, when asked if he would join the Lib Dems under new leader Jo Swinson.[5] 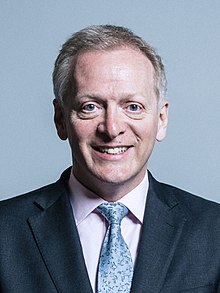