A Polarising perspective is one which has the effect of polarising people, promoting conflict and moving people away from conciliation and common ground. 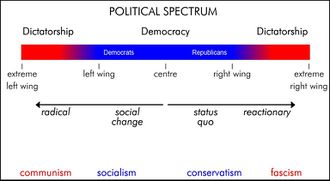 The political spectrum is a key metaphor that is used to prevent consensus so as to promote social control. The colours and names of the left/right parties are not consistent across the world, but the notion of "political opposition" is. Parties are opposed to one another. The political spectrum tends to narrow range of policies and issues towards a one-dimensional "us v. them". 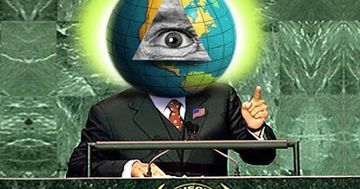 Enemy images are tools to facilitate expression of hostile emotions. By obscuring the real people behind them, such labels promote conflict and hamper understanding of reality, which is inevitably multi-faceted.

Enemy images are derogatory exonyms, i.e. labels used by "us" to put down "them". Since this polarises discussions an invites mutual antipathy, like other polarising perspectives, editors make strenuous efforts to avoid them. 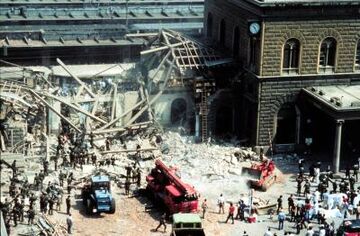 False flag attacks make up a large but unacknowledged proportion of what the commercially-controlled media terms "terrorism". The 1980 Bologna bombing, blamed on communists but later exposed as a part of NATO's Operation Gladio was just one part of the decades long Strategy of Tension.

"Terrorist" is a label the ideology of which was developed at a conference in Jerusalem in 1979 for global use as a polarising perspective. After establishing this, it was launched by the September 11 attacks.

“Either you are with us or you are with the terrorists. From this day forward, any nation that continues to harbor or support terrorism will be regarded by the United States as a hostile regime.”
George W. Bush (20 September 2001) [citation needed]

Human skin colour is just one of many physiological differences between humans - both between and within populations. In reality, humans skin is neither black nor white, but labelling it so and repeatedly claiming that this difference is import has been used as a divide and conquer method of social control, one that has worked effectively over centuries.