A Puppet leader is a leader who is actually controlled from behind the scenes by one or more stringpullers (a.k.a. deep politicians). Examples abound in contemporary political life. A particularly up to date example, according to WhoWhatWhy, is Donald Trump, who was suggested in an article from February 2017 to be a puppet of Steve Bannon.

Interestingly, Wikipedia has nothing much to say on the matter. The phrase "puppet leader" occurs about 35 times in English wikipedia, but the corresponding page redirects to puppet state, which is quite a different concept.[1]

This term could be applied to a lot of modern politicians, with varying degrees of applicability. In reality, especially in so-called "Western democracies" the commercially-controlled media almost invariably presents "elected leaders" as being "in charge", but a more accurate portrayal would reveal that many are merely functionaries who read from a script and perform for the camera and divert attention away from the deep politicians who pull their strings. Barack Obama's presidential campaign was a winner of multiple marketing awards.[2]

The most obvious 'string' is financial self-interest, and the influence of money on politics is readily admitted even by the commercially-controlled media. A 2015 article in The Guardian concludes by asking "How can we expect politicians who routinely receive campaign money, lucrative job offers, and lavish gifts from special interests to make impartial decisions that directly affect those same special interests? As long as this kind of transparently corrupt behavior remains legal, we won’t have a government that truly represents the people."[3] By focusing on this level of corruption the report implicitly directs attention away from other, more clandestine levels, while reinforcing the learned helplessness of voters in the modern "democratic" state.

In Confessions of An Economic Hitman, John Perkins describes how the IMF and World Bank routinely install puppets in "developing nations" so that they can be manipulated to benefit multinational corporations. He names Omar Torrijos and Jaime Roldós Aguilera as two examples of national leaders who could not be corrupted. Both died in fiery plane crashes. Saddam Hussein and Muammar Gaddafi constitute two more examples of other leaders violently reminded who calls the shots.

In Europe, such events are rare (though not unprecedented).[4] Assassination of leaders is usually of a metaphorical nature - such as their entrapment and subsequent exposure. Since many of them have in fact committed illegal acts of a serious nature, entrapment is often not required - blackmail alone suffices to control them. The deep state, in particular, seems to regularly use sexual blackmail. 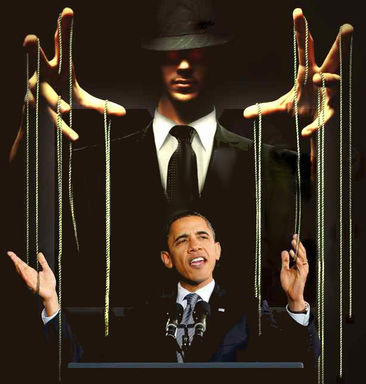 In Western Europe, assassinations are far from unknown - consider for example Olof Palme or Aldo Moro, both of whom are widely considered to have been murdered by Operation Gladio-related hit squads). However, such cases are failures of the deep state, which usually manages to control party politics covertly. Politicians tend not to succeed on their own efforts, but because they have been groomed by or draw upon the assistance of intelligence agencies or other deep state milieus. This is an ad hoc, flexible process, but patterns of control can be made out - for example, the Bilderberg group has chosen the Secretary General of NATO from amongst its members since at least 1971, possibly earlier.

In 2017, former South Korean President Park Geun-hye was arrested after having been impeached in December 2016 by the Korean National Assembly on charges related to the influence over her of Choi Soon-sil.