Richard Billing Dearlove was head of the Secret Intelligence Service or MI6 from 1999 to 2005. He was closely involved in the lead up to the Iraq war and was the main subject of the Downing Street Memo which revealed that the war had been decided upon prior to the launching of a propaganda operation to justify it. After retiring from MI6 Dearlove has become involved in corporate security and the 'terrorism industry', as well as signing up to the neocon think-tank the Henry Jackson Society.

Richard Dearlove was born in Cornwall on 23 January 1945.[1] His education was described by the BBC as a “classic security service background of public school followed by Oxbridge.” [2] More specifically Dearlove attended Monkton Combe School near Bath and in 1962-63 spent a year at Kent School in Connecticut, USA, before undertaking a degree at Queen's College, Cambridge[3] where his contemporaries included Tony Blair.[4]

Dearlove was recruited by MI6 whilst at Cambridge and joined the service at the age of 21 after graduating in 1966. In 1968 he was posted to Nairobi, Kenya on his first assignment [5] and operated in the recently liberated former British colony for three years. [6] He was subsequently posted to Prague (1973-76), Paris (1980-84) and Geneva (1987-91) with (according to Debrett's People of Today) intermittent periods based at the Foreign Office. [7]

In 1991 Dearlove was appointed head of MI6's Washington, DC station. [8] He moved to London in 1993 to take up his appointment as director of personnel and administration at MI6’s headquarters, and was promoted to director of operations in 1994 and then assistant chief in 1998. [9]

In February 1999 it was announced that Dearlove would succeed David Spedding as chief of MI6 – or “C” as the position is known – in August that year. Dearlove was only the second MI6 chief to have his appointment announced publicly. According to the BBC, "the appointment was made by Foreign Secretary Robin Cook in consultation with the Prime Minister Tony Blair." [10] Dearlove has been reported to be a contemporary of Blair's at Oxford.[11]

Iraq and the "war on terror"

As head of MI6 Dearlove was closely involved in the decision making that led to the wars on Afghanistan and Iraq. He was well aware that Iraq posed no threat and that evidence was being fabricated to support the case for war. On 23 July 2002, Dearlove attended a meeting with senior British officials to discuss Britain’s potential role in the invasion of Iraq. Having met with George Tenet several days before, Dearlove said that during his visit he noticed a “perceptible shift in attitude. Bush wanted to remove Saddam, through military action, justified by the conjunction of "terrorism" and [WMD]. But the intelligence and the facts were being fixed around the policy.” Furthermore, he stated that Bush’s National Security Council indicated it “had no patience with the UN route, and no enthusiasm for publishing material on the Iraqi regime’s record.” He also noted that there “was little discussion in Washington of the aftermath after military action.” [12]

On 4 February 2003 George Tenet called his CIA agent Tyler Drumheller at home and asked for Dearlove’s phone number. Tenet wanted to get Dearlove’s approval to use British intelligence in Colin Powell’s speech to the UN which was to take place the next day. [13] According to Pulitzer prize-winning author Ron Suskind, that month Dearlove met with Tenet to brief him on intelligence acquired by MI6 from Tahir Jalil Habbush. According to this intelligence, Saddam Hussein had ended his nuclear programme in 1991 — the same year that he destroyed his chemical weapons programme — and ended his biological weapons programme in 1996. [14] The Whitehouse buried the report and hid Habbush with the knowledge and acquiescence of Dearlove and MI6.

Dearlove testified in Paris, where he denied that MI6 murdered Diana, Princess of Wales. He insisted - " to the clear disbelief of some in the public gallery"[15] - that in his 38-year career in MI6, he was not been aware that they had carried out any assassinations (contradicting claims by David Shayler).[16] He also initially stated that "it couldn’t have been rogue agents without the approval of the Service; that was impossible"[better source needed]. Under examination, however, he contradicted this, stating that it would be "difficult but possible" for MI6 agents to act without knowledge of the Service hierarchy.[17]

Dearlove retired from MI6 in August 2005. Dearlove is a close personal friend of Mike Reynolds, the Managing Director of the corporate security company Hakluyt, and former head of station in Germany for MI6. [18] After retiring, Dearlove too became involved in the corporate world. In 2005 he was appointed an advisor to business intelligence consultancy Monitor Group as well as a member of the advisory board of American International Group. In 2006 he was appointed Chairman of the insurance company Ascot Underwriting Ltd. [19]

Dearlove is a signatory of the Statement of Principles of the Henry Jackson Society. He is also a member of the advisory council of Rohan Gunaratna’s International Centre for Political Violence and Terrorism Research.

In May 2010 Dearlove was a signatory of a letter to The Times criticising Liberal Democrat defence and security policies two days before the General Election. The letter criticised the Liberal Democrats for threatening a ‘long-standing cross party consensus about national security.’ In particular it Criticised the Liberal Democrats for making ‘no reference to North Korea’ or to NATO in their manifesto, for allegedly advocating ‘a much more distant relationship’ with the US, and for suggesting that they might scrap control orders (under which suspects can be kept under effective house arrest without charge) and Britain’s commitment to developing new nuclear weapons.

The letter argued that, ‘An enhanced European defence and security posture, however welcome, cannot substitute for American power.’ [20] The letter was also signed by Peter Clarke, the former head of the Metropolitan Police Counter Terrorism Command and Charles Guthrie, a former Chief of Defence Staff and SAS Colonel Commandant. [21]

A Document by Richard Dearlove 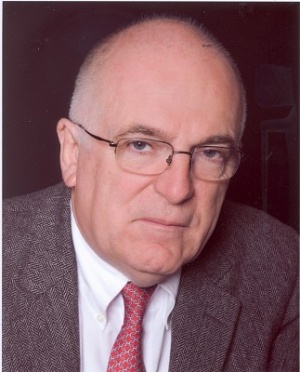