Smuggling is the illegal transshipment, e.g. across borders of nation states. The dynamics of the operation are easily understood, but the extent to which deep state groups do this is unclear to those whose rely on commercially-controlled media for their information on this topic. 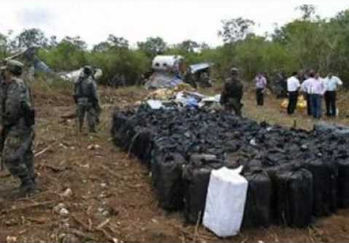 Drug smuggling is a major source of profits for deep state groups, and is a major explanation for the "war on drugs", which maintains the huge profits of this activity. Groups such as the DEA or the US Customs and Border Protection attack competition to deep state supported groups.

commercially-controlled media almost[1] uniformly tacitly support the official narrative that drugs are not smuggled on a large scale by state supported groups, so they have little or nothing to say about events such as the 2007 Yucatan Gulfstream drug crash of a plane, formerly used by the CIA for "extraordinary rendition", with a cargo of cocaine. 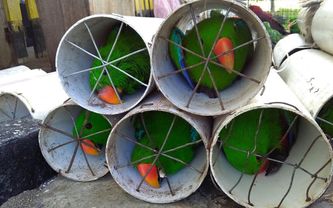 People are trafficked, e.g. for exploitation in the sex trade.

Cash is smuggled internationally as a part of money laundering efforts, which may be on a large scale. In 2016, Western Global Airlines N545JN flew 67 tonnes of newly printed banknotes from Germany to South Africa. A spokesman for the South African Reserve Bank explained the delivery was “a consignment of South African banknotes that was produced overseas as part of the SARB's annual production plan.”[2]

Over some years, a range of reports surfaced about the smuggling of bearer bonds on the Swiss-Italian border. The amounts involved were quite staggering - one hundred billion dollars or more, on even trillions of US dollars.[3][4][5][6]