From Wikispooks
< UK
Jump to navigation Jump to search 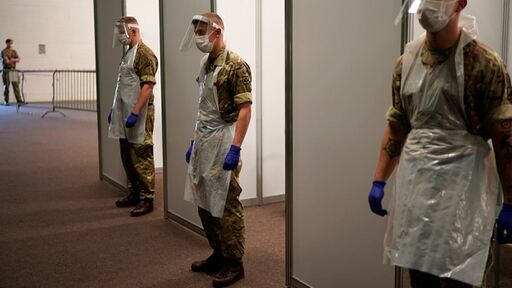 In November 2020 The UK Army assisted in barcoding and testing of UK schoolchildren for COVID-19. The headmistress wrote to parents/carers that it "was not possible" to get parental consent for involvement in the COVID-19 testing.[2] 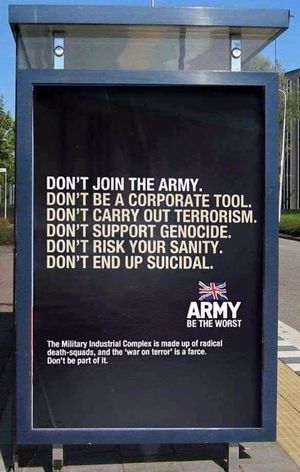 Over 15,000 soldiers quit the British Army in 2016 "as commanders struggled against falling morale".[3]

The rules were relaxed, they say, in part because of concerns that unarmed individuals were acting as spotters for militants, or were involved in planting roadside bombs.[4]”
Ian Cobain (4 February 2019)  [5]