The United States Environmental Protection Agency (or EPA) was created for the purpose of protecting human health and the environment by writing and enforcing regulations based on laws passed by the US Congress. However, it appears to be more or less captured. In 2017, the EPA was told that its scientists may no longer publish or speak publicly about their research without a review by the White House.[1]

A revolving door exists between the EPA and the multinational companies it is supposed to be regulating.[2]

In April 2008, the Union of Concerned Scientists said that more than half of the nearly 1,600 EPA staff scientists who responded online to a detailed questionnaire reported they had experienced incidents of political interference in their work. The survey included chemists, toxicologists, engineers, geologists and experts in other fields of science. About 40% of the scientists reported that the interference had been more prevalent in the last five years than in previous years. The highest number of complaints came from scientists who were involved in determining the risks of cancer by chemicals used in food and other aspects of everyday life.

According to the report: a September 18 EPA statement saying that the air was "safe"[3] was made without sufficient reliable data available; the White House Council on Environmental Quality influenced the EPA to make reassuring comments to the public; and on September 12, Christine Todd Whitman, Donald Rumsfeld staffer and then the EPA Administrator issued a memo saying that all statements to the media must be cleared by the United States National Security Council.

A September 18 EPA statement saying that the air was "safe"[3] A 2003 report[3] released by the Office of the EPA Inspector General stated that the White House had pressured the EPA to delete cautionary information about the air quality in New York City around Ground Zero following the 9/11 attacks. This was palpably incorrect and countless emergency responders to 9-11 have been afflicted by unusual cancers or other illnesses related to respiration of toxins.

In 2013, the EPA concluded in spite of research studies to the contrary that glyphosate was noncarcinogenic, awarding it a toxicity Class of III (on a I to IV scale, where IV is least dangerous) for oral and inhalation exposure, and upped the legal limit for exposure by an order of magnitude.[4][5] As one commentator put it "It appears that either the Environmental Protection Agency (EPA) is in collusion with Monsanto, the producer and seller of the world’s most highly used herbicide, Roundup, or it is staffed with people who don’t know how to read or correlate information at the most basic level."[6]

In 2019, the EPA proposed restarting use of cyanide bombs to kill wildlife in USA, in spite of very widespread opposition.[7]

The agency has been criticized for spending millions of dollars on guns, body armor, camouflage equipment, drones, amphibious assault ships, radar and night-vision gear and other military equipment.[8] 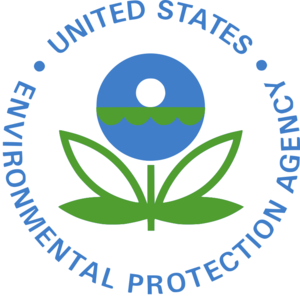