The phrase "useful idiot" is used to malign someone perceived as propagandizing for a cause without fully comprehending the its goals, especially when cynically used by the cause's leaders.[1][2] The term was originally used during the Cold War to describe non-communists regarded as susceptible to communist propaganda and manipulation[1].

The term has often been attributed to Vladimir Lenin, but this attribution is unsubstantiated.[3][4]

Writing in The New York Times in 1987, William Safire discussed the increasing use of the term useful idiot against "anybody insufficiently anti-Communist in the view of the phrase's user", including Congressmen who supported the anti-Contras Sandinistas in Nicaragua and the Dutch socialists.[5] After President Ronald Reagan concluded negotiations with Soviet leader Mikhail Gorbachev over the Intermediate-Range Nuclear Forces Treaty, conservative political leader Howard Phillips declared Reagan a "useful idiot for Soviet propaganda."[4][5]

A patsy is someone set up to take the blame, and is an essential part of false flag operations. In the JFK Assassination, for example, Lee Harvey Oswald was the patsy. Often the plan involves blaming a patsy who is later assassinated (as was in tended to occur to Oswald). Another variation is when a patsy is named after being killed (as happened to Bruce Ivins).

The term appeared in a June 1948 New York Times article on contemporary Italian politics ("Communist shift is seen in Europe"), citing the centrist social democratic Italian paper L'Umanità.[6][1] L'Umanità wrote that left-wing social democrats, who had entered into a popular front with the Italian Communist Party during the 1948 elections, would be given the option to either merge with the Communists or leave the alliance.[6] The term was later used in a 1955 article in the American Federation of Labor News-Reporter to refer to Italians who supported Communist causes.[7] Time first used the phrase in January 1958, writing that some Italian Christian Democrats considered social activist Danilo Dolci a "useful idiot" for Communist causes. It has since recurred in that periodical's articles.[8][9][10][11][12][13]

Since the 9/11 attacks, the term useful idiot has also been used by some commentators to describe individuals who are deemed too "soft" against Islamism and terrorism. For example Anthony Browne wrote in the British newspaper The Times[14]:

«Elements within the British establishment were notoriously sympathetic to Hitler. Today the Islamists enjoy similar support. In the 1930s it was Edward VIII, aristocrats and the Daily Mail; this time it is left-wing activists, The Guardian and sections of the BBC. They may not want a global theocracy, but they are like the West's apologists for the Soviet Union — useful idiots."

«Lenin called them "useful idiots," those people living in liberal democracies who by giving moral and material support to a totalitarian ideology in effect were braiding the rope that would hang them. Why people who enjoyed freedom and prosperity worked passionately to destroy both is a fascinating question, one still with us today. Now the useful idiots can be found in the chorus of appeasement, reflexive anti-Americanism, and sentimental idealism trying to inhibit the necessary responses to another freedom-hating ideology, radical Islam.»

In connection with the Crimean crisis in 2014 and the conflict in Ukraine, there are numerous examples of the use of the term in leading corporate media. They mostly describe cordial contact between the Russian government and various international personalities, or people who showed skepticism about the official narrative. [16]

The Institute for Statecraft re-tweeted a tweet which referred to Jeremy Corbyn, then the UK leader of the opposition, as a "useful idiot" whose "open visceral anti-Westernism helped the Kremlin cause, as surely as if he had been secretly peddling Westminster tittle-tattle for money."[17] 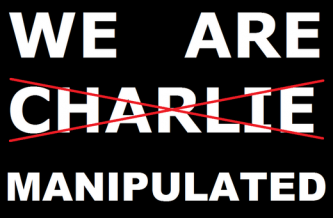 In the plural, the term has been used to refers to gullible people who are taken in by deep state false flag attacks.[18] This usage of referring disrespectfully to humanity in general is similar to the term "useless eaters".

This page imported content from Wikipedia on 01.01.2022.
Wikipedia is not affiliated with Wikispooks.   Original page source here
Retrieved from "https://wikispooks.com/w/index.php?title=Useful_idiot&oldid=237747"
Categories: