Vancouver School of Theology is a multi-denominational divinity school located on the campus of and formally affiliated with the University of British Columbia. 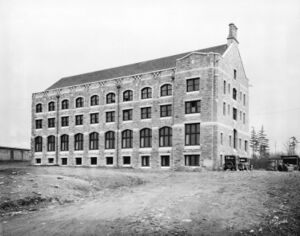 Vancouver School of Theology was established in 1971, as an amalgamation of the Anglican Theological College (ATC) and Union College of British Columbia (UCBC), affiliated with the United Church of Canada. The two colleges had existed side-by-side for a number of years prior to the amalgamation.

From initial discussions with Anglican and the then separate Methodist and Presbyterian groups in 1922, there has been open discussion on joint studies. Throughout the 1960s, the two colleges cooperated in offering courses and access to materials, and discussions started regarding the creation of a new theological school to serve the area. The current-day Vancouver School of Theology was formed in 1971. The creation of VST occurred in a climate in which full communion between the Anglican Church of Canada and United Church was under serious consideration, although this union did not take place.