The complete list of participants in the World Economic Forum's Global Leaders for Tomorrow program for the year 1994 has been removed from their website, but possible to find in archived form. [1] The WEF does not always publish all the names. 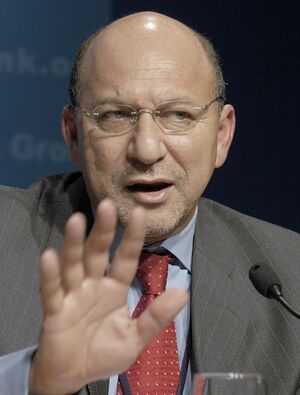 Trevor Manuel, like Ebrahim Patel and President Cyril Ramaphosa, were the leaders of South Africa during the Covid-19 deep event 26 years later