The Westminster paedophile dossier was a dossier of evidence about the VIPaedophile phenomenon in the UK. It was assembled by Geoffrey Dickens, who in 1984 handed it to Home Secretary, Leon Brittan, who then "lost" it. Other files on organised child abuse held by the Home Office also went missing.[1]

Between 1981 and 1985 Dickens campaigned against a suspected paedophile ring he claimed to have uncovered that was connected to trading child pornography.[2] In 1981, Dickens in the House of Commons accused Sir Peter Hayman, the former senior diplomat, civil servant and MI6 operative, of being a paedophile in the House of Commons, using parliamentary privilege. Dickens further questioned why Hayman had not been jailed after it was discovered he had left a package containing child pornography on a bus.[2]

In 1983, Dickens claimed there was a paedophile network involving "big, big names - people in positions of power, influence and responsibility" and threatened to name them in the Commons.[2] The next year, he campaigned for the banning of the pro-paedophile activism group of which Hayman was a member, the Paedophile Information Exchange.[2]

In 1984 Dickens presented the dossier he had compiled to the then Home Secretary, Leon Brittan, in 1984.

In 2013, the Home Office stated that all relevant information had been passed to the police, and that Dickens' dossier had "not been retained".[citation needed] It was later disclosed that 114 documents concerning child abuse allegations were missing.

In July 2014, the Labour Party called for a new inquiry into the way that the allegations had been handled, and Prime Ministe David Cameron ordered the permanent secretary of the Home Office, Mark Sedwill, to investigate the circumstances of the lost dossier.

On 7 July 2014, the Home Secretary, Theresa May announced a "review" into the handling of historic child abuse allegations, to be led by Peter Wanless (head of the NSPCC) and the establishment of a public panel inquiry into the duty of care taken in the protection of children from paedophiles by British public institutions, led by an independent panel of experts and chaired by Baroness Butler-Sloss. 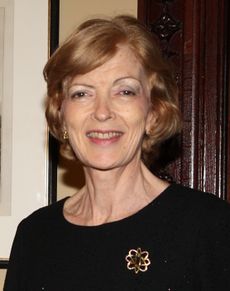 Fiona Woolf resigned from handling of historic child abuse allegations, as did her predecessor in the job, Elizabeth Butler-Sloss.