William Blum was an American author, historian, and critic of US/Foreign policy. He studied accounting in college. He held a computer-related position at the US Department of State in the mid-1960s. Initially an "anti-communist" with dreams of becoming a foreign service officer, he reported that he was disillusioned by the Vietnam War.[1]

He left the US state department in 1967. He then became one of the founders and editors of the Washington Free Press, the first "alternative" newspaper in the capital. In 1969, he wrote and published an exposé of the CIA in which was revealed the names and addresses of more than 200 employees of the Agency. He has worked as freelance journalist in the US, Europe and South America. From 1972 to 1973 Blum worked as a journalist in Chile, where he reported on the Allende government's attempts to distance Chile from US influence. In the mid-1970s, he worked in London with ex-CIA agent Philip Agee and his associates "on their project of exposing CIA personnel and their misdeeds".[2] He supports himself with his writing and speaking engagements on college campuses.

In his writing, Blum devotes substantial attention to CIA interventions and assassination plots. He has supported Ralph Nader's presidential campaigns.[3] He currently circulates a monthly newsletter by email called "The Anti-Empire Report".

In March 2001, two months after the Libyan Abdelbaset al-Megrahi was convicted of the Lockerbie bombing and his co-defendant, Lamin Khalifah Fhimah, was acquitted, Blum wrote an article arguing that the case against Megrahi "was thin to the point of transparency" and that the three Scottish judges "well knew the fervent desires of the White House and Downing Street as to the outcome. If both men had been acquitted, the United States and Great Britain would have had to answer for a decade of sanctions and ill-will directed toward Libya." He pointed out that the original Official Narrative had accused the PFLP-GC, a 1968 breakaway from a component of the Palestine Liberation Organisation, of making the bomb and somehow placing it aboard the flight in Frankfurt. The PFLP-GC was led by Ahmed Jibril, one of the world’s leading terrorists, and was headquartered in, financed by, and closely supported by, Syria. According to this scenario, the bombing was allegedly done at the behest of Iran as revenge for the US shooting down of Iran Air Flight 655, an Iranian passenger plane over the Persian Gulf on 3 July 1988. Blum adduced the following as evidence supporting that theory:

In early 2006, Blum briefly became the subject of widespread media attention when Osama bin Laden allegedly issued a public statement which quoted Blum and recommended that all Americans read Rogue State: A Guide to the World's Only Superpower. As a result of the mention sales of his book skyrocketed. [5] Rogue State shot up from 205,763 to 26 on Amazon.com's index of the most-ordered books. In a May 22, 2006 article entitled, Come Out of the White House With Your Hands Up, Blum wrote, "Since the bin Laden recommendation, 19 January, I have not been offered a single speaking engagement on any campus . . .This despite January-May normally being the most active period for me and other campus speakers."

A document sourced from William Blum 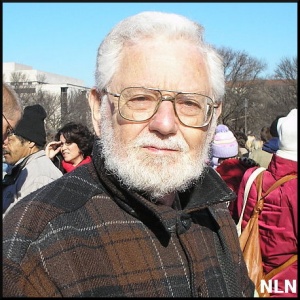