Document:Why did Turkey shoot down a Russian Air Force jet? 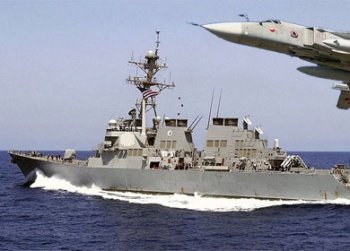 The author is a former USAF Intelligence officer

A couple of related episodes not mentioned in the article but which support its thesis:

Events in the couple of weeks following article publication lend it further credence; specifically, unwavering, harshly worded support for the Turkish action by NATO spokesmen; Repeated belligerent statements about the incident from both the Turkish PM and President; the massive military build-up by Turkey on the Syrian border and the US having flown no anti-ISIS missions in Syria since the Russian deployment of their S-400 SAM systems to Syria. All of which argue for the shootdown being something other than a rogue Turkish decision to defend its airspace.

Turkey is so militarily inferior to Russia that it is unlikely Turkey would commit an act of war against Russia without encouragement from Washington. We might think that Turkey would feel shielded by NATO, but it is doubtful that many European members of NATO would risk nuclear annihiliation by going to war with Russia in order to save Turkey from the consequences of such a reckless and irresponsible act as shooting down a Russian military aircraft and lying about it. Turkey has issued no apology and no believable explanation. Unless Erdogan has lost his mind, Washington is behind the shootdown, and the reason is Washington’s desperation to decode the new Russian technology that gives Russian forces total control over a battlefield, whether on land, sea, or air.

When the Russians deployed their forces to Syria they also deployed some new stealth technology. So far as I know they’ve only used this technology in Syria twice, once during their first sortie and one other time when some Israeli Air Force jets entered what they knew was Russian operational airspace.

As noted, the first use of this stealth technology was during the first Russian sortie. In accordance with protocols agreed to beforehand with Israel and the US, the Russians informed the US of their intent to launch a sortie. They did so an hour prior to the launch. When they did they also employed a new stealth technology. The technology effectively blinded both the US and Israel. None of the radars worked and most, if not all, satellite coverage was lost or compromised as well. But there’s more.

About a week after Putin’s UN General Assembly address the Israelis launched a sortie into Syria which flew into airspace that was under Russian operational control. Russian air controllers warned the Israelis that they had violated Russian controlled airspace. When the Israelis ignored the Russian air controllers, the stealth technology was employed a second time. The Israeli aircraft are equipped with two radars, one for fire acquisition and the other for fire control. Both are advanced and employ frequency-skipping technology to avoid being jammed. Both radars were effectively jammed. These aircraft have multiple telemetry data-links to their base. These were shut down. The only communications channel left was the high-frequency AM band normally used by civilian air traffic controllers. After the stealth technology was turned on and it was clear to the Russians that the Israelis knew they had been shut down, the Russian air traffic controllers used this AM band to tell the Israelis to scram. The Israelis complied.

So why did Turkey shoot down the Russian jet?

I suspect somebody wants the Russians to start using this stealth technology more often, often enough for its weaknesses to be exposed. Shooting down that Russian jet might just get the Russians motivated to do that.

If I’m correct I bet every Raven and ELINT specialist in the business has been deployed to that theater of operations to hack this one! One can only imagine how many resources are being amassed. 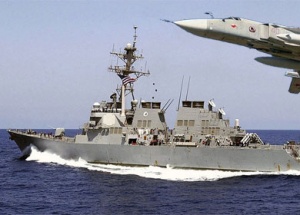 +
Has image2
File:USSDonaldCook1.jpg +
Has noRatings
0 +
Has objectClass
Document +
Has objectClass2
Document +
Has publicationDate
November 26, 2015 +
Has revisionSize
4,980 +
Has revisionUser
Peter +
Is about
November 2015 Turkey shoot-down of Russian Su24M over Syria +, ISIS +, 2011 Syrian Insurgency +  and Israel +
Is not stub
true +
Sourced from
Paul Craig Roberts +