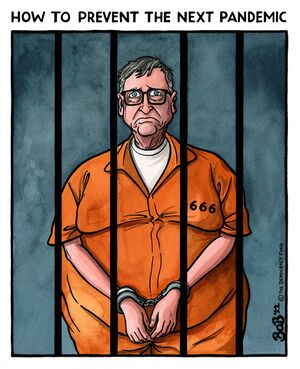 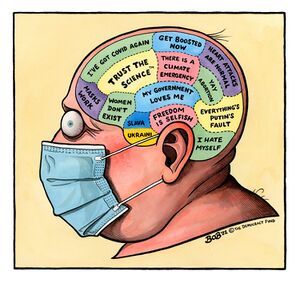 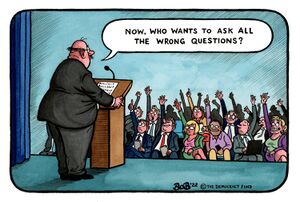 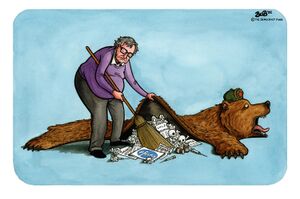 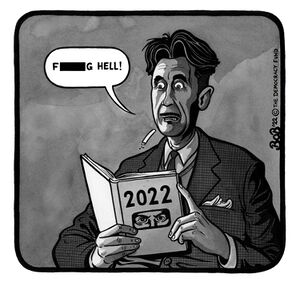 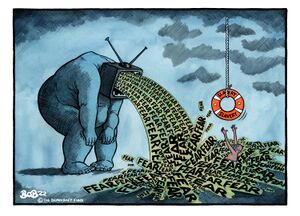 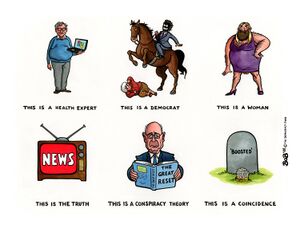 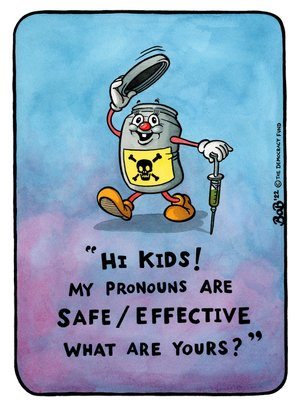 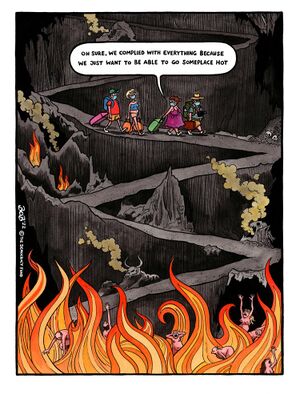 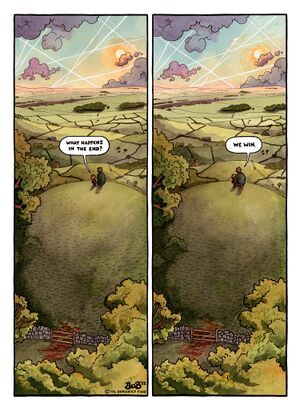 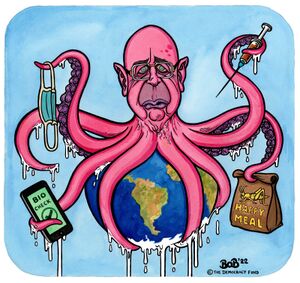 Bob Moran is a British cartoonist, whose work has been published in many publications including, Morning Star, The Guardian and The Telegraph and more recently The Conservative Woman. On 12 October 2017, he was awarded the Cartoon Art Trust Award for Political Cartooning.[1] He was sacked from The Telegraph in October 2021, nominally over a tweet, [2] but in reality for his cartoons against the official Covid-narrative.

Moran attended Wellington School, Somerset and graduated from Falmouth University in 2008.[3] In 2010, he had a short period working for The Guardian before becoming the regular weekend cartoonist for The Daily Telegraph in 2011.

In 2015, Moran's animated short film, 'Father's Days', about the birth of his handicapped daughter, was published on The Daily Telegraph‍ '​s website. The film has been screened in neonatal clinics, charities and parenting associations internationally.[4]