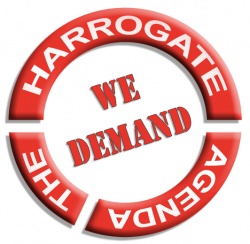 ★ Start a Discussion about this document
The Harrogate Agenda