Ian Puddick is a UK businessman. He has criticised the privatization of law enforcement as increasingly lacking transparency.[1]

In May 2009, Ian Puddick was a 39 year old married man minding his own business - which was a small plumbing company employing 20 people. Typical of hundreds of thousands of other self-employed individuals, though with the less typical drive required to build a business from scratch, he had similarly typical views of his country's police, political and legal authorities; viz that they may have their share of bumbling, incompetent jobsworths - even the odd corrupt 'rotten apple' - but all were basically well-meaning law-abiding/upholding organisations doing their best to 'serve the public' - after all they do style themselves public servants don't they?

Like many before him, Ian's cosy view of the country he inhabits was poised for a radical challenge which would turn it on its head.

The catalyst was another common enough occurrence: Ian's discovery of his wife's long-standing affair with her boss. As Ian himself observes, had the affair been with the milkman or other plebeian, whilst he would have been similarly upset and his response little or no different, that would have been the end of the matter. But it wasn't. His wife's boss just happened to be a director of Guy Carpenter Ltd, the world's largest reinsurance broker [2] and the company retained Kroll Associates UK Ltd - part of the worlds most notorious provider of privatized spying and covert intelligence/dirty tricks know-how to those with pockets deep enough to pay for it - for its risk management and mitigation needs.

Ian quickly found himself to be a large company risk in dire need of management and mitigation.

Ian learned of the affair on Sunday 24 May 2009. He was both angry and upset. The main focus of his anger was his wife's boss Mr Tim Haynes.

Having learned that the affair had been facilitated by improper use of a company expense account, Ian went on to inform several of Mr Haynes' clients of the affair and to tell them that he was "a person of no integrity". Not the most judicious of actions perhaps but, in all the circumstances understandable - even reasonable.

In the US, Kroll are known as "The Wall St CIA". [3] Their profile in the UK is similar and they have a relationship with the City of London Police which might best be described as "cosy". That relationship quickly became a major strand of Kroll's "Risk Mitigation" work for Guy Carpenter Ltd. A narrative was constructed. It had Ian Puddick as a "threatening violent person". It was a total fabrication with no basis whatsoever in fact, but coming from "The Wall St CIA", it had a certain ring to it.

The narrative was constructed following a court order obtained through the good offices of Buckingham Palace Lawyers, Mishcon de Reya [4] on 19 July 2009. The application for the order was heard in secret and without the knowledge of Ian Puddick. It alleged that, in the context of aviation insurance, "persons unknown had contacted clients of Guy Carpenter Limited and made threats of physical violence" - in other words it pushed all the right buttons. The application was successful and Ian Puddick's Bank account and telephone records, together with permission to monitor his telephones and those of his employees were handed to The Wall Street CIA - You couldn't make this up could you?

Ian's Wife called to a meeting

Ian's wife was then called to a meeting at Guy Carpenter Ltd's offices, with a City of London Police officer by the name of Dan Valor (Though the C of L Police say they have no record of such a meeting). At the meeting it was suggested that Ian's wife had fabricated the affair and the related expenses allegations - jealousy over Ian's lowly 'Plumber' status -v- that of her billionaire boss being the suggested motive (honest!). Ian's wife confirmed both the affair and the expenses fraud.

During the meeting, the senior HR Partner Ms Terri Woods suggested to Leena that the Company had been told by there advisers Kroll that they were aware that I was a violent person and dangerously unstable. The company in the circumstances offered to support Leena with additional assistance in the form of having someone meet Leena at the local station to walk to and from the office.

Leena laughed at the suggestion of me being violent and told Dan Valour that the were referring to another person. Leena emailed Ms Woods and asked for the meeting to be recorded on her HR file and also for the name of the officer. Ms Woods said it was not possible to do this as the Police had just turned up and it had nothing to do with the Company. Ms Woods also confirmed that in the circumstances, she was not able to name the officer.

Leena contacted City of London Police, they had no record of any officers attending the offices of Guy Carpenter. Leena then went to the front reception and checked with security and the visitors book, the officer had not signed in at the reception.

Leena was told by a sympathetic Director that the officer had entered via the Kroll side of the building (Kroll and Guy Carpenter Ltd share the same building).

The officers name is confirmed in documents revealed by the CPS. They provided an internal email from Kroll MD B Hamilton to Guy Carpenter which confirmed Leena had been interviewed by City of London Police officer Dan Valour.

On 12 August 2009. Ian’s home, his business premises and those of his accountant are raided by a team of armed anti-terrorist police under the control of the Counter-Terrorism Directorate of the City of London Police. All his personal and business computers, phones GPS’s, digital cameras etc are seized and sent to the high tech specialist crime laboratory for forensic analysis. Ian himself is arrested and, in a short interview with no lawyer present, volunteers the information about his initial actions as detailed above. He is released on police bail.

In early September 2009, Ian answers his police bail alone and is dealt with in the manner that the police know they can get away with when seeking to intimidate someone who has never been charged nor even seen the inside of a police station before. Again there is no lawyer present and the interview is not video-taped. Ian is neither cautioned nor charged

Ian's first court hearing is set for October 2009. It is to consider continued bail conditions pending further police ‘investigations’. It is adjourned due to mislaid court papers but the police are made to look foolish over unsubstantiated and forced withdrawal of suggestions, made in support of onerous bail conditions, that Ian had a history of threatening violence.

On 22 February 2010. Mr Haynes is informed that an internal company disciplinary process is to begin; he resigns his directorship and position. Then, on 23rd March he meets with City of London police and informs them that he does not wish to proceed with the case against Ian. The police drop the case.

Ian is finally allowed to collect all his computers and other seized equipment. (running a 20 man business with all your business computer records missing for 7 months is no picnic).

The City of London Police called the BBC and asksed them to amend their online report: "Called BBC and asked them to amend the story which suggests Counter Terrorism Officers were involved in the Puddick Investigation". The BBC promptly did this. Puddick notes that the BBC report omits a lot of salient details, such as "Det Sgt John Ellis told the court he had found large quantities of Class A Drugs (crack) in Puddick’s kitchen, bedroom and loft room along with all the Paraphernalia but that he had forgotten to confiscate it, to make a note in his pad or ever mention it to any other officer" or that "the Kroll emails shown and discussed in court which show how Kroll manipulated City of London Police to waste over £1,000,000 after Sussex Police confirmed in writing that ‘the Puddick issue was a civil matter’.[6]

In a related case from July 2010, composer and former Senior Lecturer of Music, Howard Fredrics was found to have 'no case to answer' by District Judge Kreiman sitting at the Kingston Magistrates Court. Fredrics was, like Ian Puddick, charged with breaching Section 2 of the Protection from Harassment Act 1997 for having published a satirical whistleblower website, alleging wrongdoing by public officials at Kingston University. [7] In his ruling, DJ Kreiman found that Harassment laws were not intended to protect individual reputations. He also found that the site contained material in the public interest. [8]

Retrieved from "https://wikispooks.com/w/index.php?title=Ian_Puddick&oldid=150386"
Categories:
... more about "Ian Puddick"
RDF feed
Constitutes
Whistleblower +  and Businessperson +
Description
A businessman who from the summer of 2009 found himself embroiled in - and victim of - a saga of corruption and gross abuse of power by large city corporations and the City of London police. +
Display docType
Wikispooks Page +
Display image
File:IanPuddick1.JPG +
Display image2 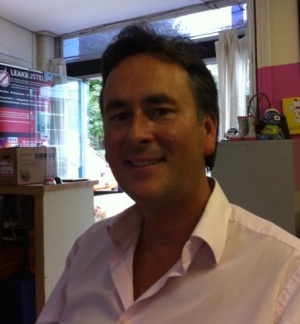