Joseph McBride is a US author, investigative journalist and film maker.

Discovery of the 1963 FBI Memo about George H. W. Bush 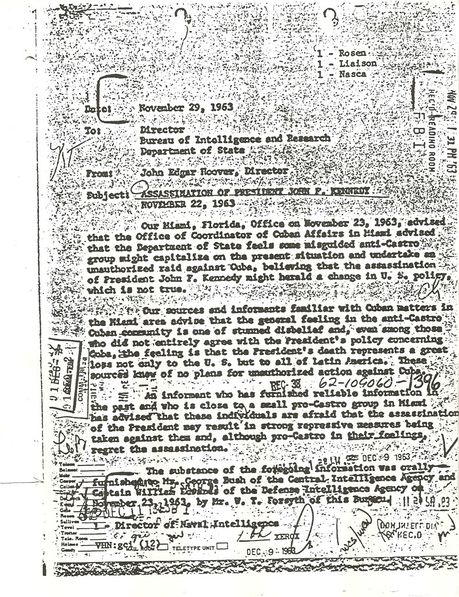 In 1985, McBride was in the library of California State University San Bernadino, researching Frank Kapra. Looking through micofilmed memos, he chanced upon one under the subject heading of "Assassination of President John F. Kennedy", from J. Edgar Hoover, dated 29 November 1963, concerning a report that mentioned a "Mr. George Bush of the Central Intelligence Agency".

===JFK research McBride has focused on the J. D. Tippit murder, since this was poorly covered.