Otto Hostettler is an investigative reporter for the Swiss magazine BEOBACHTER. He stumbled over the Lockerbie case while investigating the unexplained crash of Swissair Flight 330 which exploded shortly after take-off from Zürich on 21 February 1970, killing all 47 passengers and crew.

According to his research, the perpetrators of that crime have been known for more than four decades. And yet, they never had to stand on trial. (One of them was a prime suspect in the early stage of the Lockerbie investigation.) He is currently fighting to obtain the right to access some documents through the FOIA. So far, his demands have been rejected.[1]

In the Lockerbie case, something strange happened: In the autumn of 1991, practically overnight, two Libyan agents were presented as the perpetrators. One of them was later convicted. But even the judges granted in their grounds that the case was not completely clarified. Some victims’ families and some investigators still believe today that the attack was committed by the PFLP-GC. This thesis, however, no longer fitted into the long-term geopolitical situation.[2]

Lockerbie journalist John Ashton contributed to "Was Libya really behind it?", Hostettler's 2012 article featuring Edwin Bollier, which appeared in the Swiss magazine Beobachter.[3] 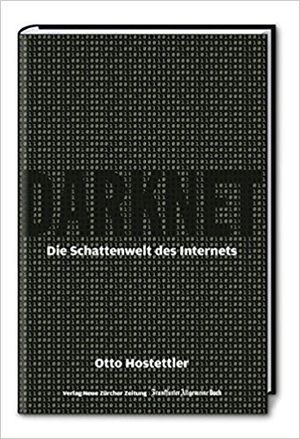 "Darknet: Shadowy World of the Internet"

In May 2017, Otto Hostettler's book "Darknet: Shadowy World of the Internet" was published. According to the blurb:

"With breakneck speed, a flourishing blackmarket for weapons, drugs, medicines, fake passports, stolen credit cards and hacking services is being created in this hidden area of the Internet. These anonymous online shops are user-friendly and target oriented, and are paid with Bitcoins or other cryptocurrencies. Swiss and Germans, too, are buying and selling their contraband while the authorities and investigators just look on helplessly. They are generally ill-informed about the Darknet, which can only be accessed via the anonymous Tor browser.

"In researching his book, Otto Hostettler spent many months investigating the Darknet and interviewed many cybercrime specialists, IT experts and online dealers. His book provides a comprehensive analysis of this new criminal phenomenon and sounds urgently needed alarm bells for internet users, parents, teachers and investigators."[5]