On November 6, 2014, an article by Matt Taibbi in Rolling Stone named Alayne Fleischmann as a lawyer who was "the central witness in one of the biggest cases of white-collar crime in American history, possessing secrets that JPMorgan Chase CEO Jamie Dimon late last year paid $9 billion (not $13 billion as regularly reported – more on that later) to keep the public."[1]

Fleischmann was raised in Terrace, British Columbia, British Columbia, Canada. After leaving Canada, she attended Cornell Law School and then began working on Wall Street. Prior to entering the financial sector she had worked in human rights.

In 2006, Fleischmann got a job at JPMorgan Chase, where she witnessed frantic reselling of bad loans as top rated securities. Soon after she joined, a "no-email" policy was instigated, whereby her boss declared that no communications should be written down. Fleischmann recalls: "If you sent [my boss] an e-mail, he would actually come out and yell at you... The whole point of having a compliance and diligence group is to have policies that are set out clearly in writing. So to have exactly the opposite of that – that was very worrisome." She was sacked in 2008 after raising objections to the ongoing fraud. Despite strong skills and qualifications, she has had trouble finding work since.

Fleischmann had signed a confidentiality agreement, and did not disclose what she knew about the malpractice that went on in Chase. Since she did not know whether the deceiptful products had actually been sold, she did not know for sure that fraud had been committed, and so felt bound by her non-disclosure agreement.

After pressure from the Occupy movement, she was contacted by the SEC and asked about a particular transaction. She gave evidence to the SEC and expected that the criminals in the bank would soon be charged. However, it transpired that they Justice Department was not particularly interested in having her testify in court, but that they wanted to find out how much she knew, and to use her evidence to extract more money in secret deals being cut with Chase CEO, Jamie Dimon.

The US Justice Department cut a sequence of deals with Chase, Citigroup and Bank of America by which the banks were fined billions of dollars without legal cases, trials or even judges. Negotiations were carried out in secret which resulted in "vague, quasi-official papers called 'statements of facts' which were conveniently devoid of anything like actual facts." After having signed these documents, Chase's CFO Marianne Lake brazenly declared "The firm has not admitted to violations of the law."[1]

Alayne Fleischmann was highly frustrated by this industrywide effort to sweep system wide Wall Street corruption under the carpet, and by the Justice Department's disinterest in carrying out its duty, and the industry's obvious capture of the SEC. She stated "The assumption they make is that I won't blow up my life to do it. But they're wrong about that."

In November 2014, a Rolling Stone magazine article was published naming her for the first time and containing details of her evidence. She is quoted as saying "I could be sued into bankruptcy. I could lose my license to practice law. I could lose everything. But if we don't start speaking up, then this really is all we're going to get: the biggest financial cover-up in history."[1] Fleischmann later stated that whistleblowing "shuts a lot of doors".[2]

Retrieved from "https://wikispooks.com/w/index.php?title=Alayne_Fleischmann&oldid=143646"
Categories:
... more about "Alayne Fleischmann"
RDF feed
Constitutes
Whistleblower +  and Lawyer +
Description
A witness to massive financial crimes who was contacted by the authorities and blew the whistle publicly only in November 2014 after realising that the Justice department and the SEC were intent on hushing up rather than publishing the fraud. +
Display docType
Wikispooks Page +
Display image
File:Alayne Fleischmann.jpg +
Display image2 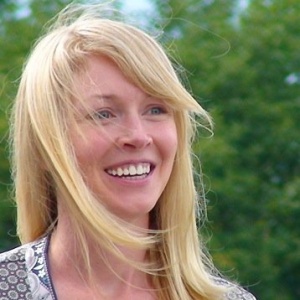