From Wikispooks
(Redirected from SEC)
Jump to navigation Jump to search

The U.S. Securities and Exchange Commission (SEC) is a regulatory agency of the US federal government, created after the great depression by the Securities Exchange Act of 1934.

The SEC is cited as a canonical example of regulatory capture, as suggested by the revolving door between the financial service sector and the SEC. Numerous frustrated mid level officials have testified to its ineffectual nature.

Securities and Exchange Commission prosecuting attorney, James Kidney, was widely cheered at his retirement party on March 27th, 2014 when he noted that his prosecutions of Goldman Sachs and other mega-banks had been nixed by the agency's higher level staff, because they "were more focused on getting high-paying jobs after their government service than on bringing difficult cases."[1]

Zapata Oil's records from 1960-1966 are missing. Wison Carpenter, a record analyst with the SEC reports that these were destroyed in 1981, shortly after George H. W. Bush became Vice President of the United States. This would appear to parallel the destruction of the CIA records about his early service with that organisation. After Jonathan Kwitny unearthed duplicate copies elsewhere, Bush admitted through a spokesman a brief business relationship with Jorge Diaz Serrano, which he claimed lasted just 7 months, yet which the duplicate SEC filings made clear in fact lasted 4 years. They also established that the relationship involved both breaking Mexican law and keeping US shareholders in the dark about the deal - a violation of US law.[2]

The SEC suspended the normal bond trading rules after the event, which many commentators have suggested enabled a large financial fraud.

The SEC occupied Floors 11, 12 & 13 of the 7 World Trade Center[3], housing files relating to approximately 3,000 to 4,000 ongoing SEC cases. Wikipedia asserts that "Although some were backed up elsewhere, others were not, especially those classified as confidential." The 9/11 attacks therefore provided an excuse for any cases inconvenient or displeasing to SEC management to be immediately dropped with the pretext that the file has been destroyed. Files relating to Citigroup's connection to the WorldCom scandal were lost.[4]

The SEC did not find anyone guilty of financial fraud in connection with the 911 event, in spite of evidence that an unprecedented number of people had tried to profit from the event. Later, they destroyed all their records of the event. 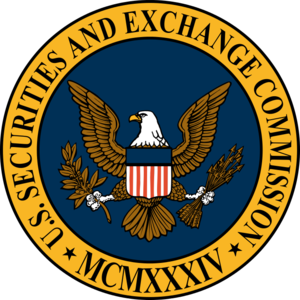