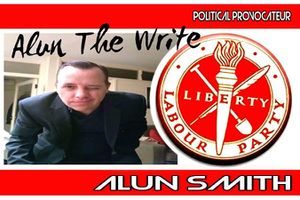 ★ Start a Discussion about this document
Cognitive Dissidents?

I'm not going to make many friends by advocating the following position but in all honesty, I'm utterly frustrated and frankly, angry at the electorate and particularly angry at those Labour voters who have loaned their votes to both the Lib Dems and the Brexit Party, if indeed they were loaned and not, which would be even more diabolical, freely given.

Despite admonishments from the leadership and despite countless warnings from people who believe, as I do, that the Brexit debacle pales into insignificance as compared to the very real issues that face the country, you went ahead and did it anyway. You went ahead and voted for the party that you erroneously believe can 'win' the Brexit argument for you. No one comes out of this looking good - nobody 'wins', everyone has lost in real terms and you allowed that to happen. You made that happen. Was that your intention?

To those who voted BP...what do you think you've won? What do you think happened last night? Do you think you can have your WTO Brexit now? You can't. Do you think that it was wise to fill the EU with more right-wingers and neo-liberals, the very people that you purportedly were railing against? It wasn't. What was the point of your vote? The BP can't provide a Brexit of any kind because they are not a political party, they don't have a voice in Parliament. Why vote for a company (not a party-they have no MP's, no manifesto, no policies) of people who openly support the destruction of our NHS? These are people who are the very essence of the established order, Annunziata Rees-Mogg, Anne Widdicombe, Farage. People with ultra rt-wing ideologies. You voted for them and you cheerfully hurt the Labour Party in the process just to satisfy your own childish, selfish need to win a playground spat.

If you voted LibDem...again...why? They themselves have only one policy. Remain. Historically, all their other policies are largely in line with the Conservatives. They co-authored austerity for goodness sake! The Lib Dems can't stop Brexit because they are not in power and the only way they can be is to be in coalition with the Tories. We know how that goes.

If we look at the results across Europe, the socialists did alright, the left-leaning parties did alright. The EU, although dented, is still to be run, by and large, by a coalition of the centrist right and the centrist left. It's just that now they have to listen to a bunch of people who want to leave, making the ground harder to traverse.

And for how long? Months? By voting for the BP and the Lib Dems, by splitting the country further, all you've done is elongate the process even more and make the national conversation ever more polemic. You had an opportunity to change that but chose instead to align Britain with the nationalist parties of Hungary and France, rather than the left-leaning Portugal and Spain.

Jeremy Corbyn has said today that actually, the Labour position hasn't changed. There's a very good reason for that, and that is because the situation hasn't changed. If you add up the percentages, we are still a country that doesn't know what it wants. We are an angry dog, chasing it's own tail on a river bank and paying absolutely no attention to the fact that we will very soon be in the drink!

Please people, look deep into your hearts. Take a deep breath and shut out the noise. There is no ground to be made in attacking McDonnell, Thornberry and Starmer because they want a PV on a deal. That's the party line, that's what the members voted for and that is the way out of the river and back to the road. Jeremy has said the same, Gardiner has said the same, Ashworth. The leadership is all saying the same thing, it's just nuanced.

We need to be in power. Once there, we can put our deal back to the people and in doing so back the people. That has been the position all along and I'm sorry but if you don't understand that, if you think that trying to help all of the people instead of some of the people is a dishonourable endeavour - then truly I think that the person you're looking to blame is in the mirror.

I voted remain but I would happily leave under a Corbyn government with a deal that protects our rights and our jobs. Isn't that the sensible thing to do now? Isn't that the compromise that can bring us all together again?

Nigel Farage has today said that he hopes yesterday's result is an indication of what would happen in a GE. Is that who we are? Is that what we want? It's time to come together and follow the leadership. Swallow your pride over Leave and/or Remain and let's get back to being us. Let's get back to the issues at hand and let's make this country the wonderful place we all know it can be. For all of us. For the many.