Document:Racist and Cruel - The Nasty World of the Equality and Human Rights Commission 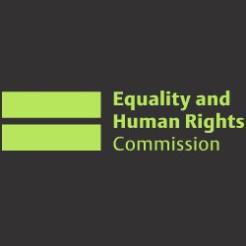 The Equality and Human Rights Commission is about to sack 30 mainly ethnic minority and disabled low paid staff in a move similar to the worst practice of employers it criticises.

The body that is supposed to protect the rights of ethnic minorities, the disabled and women from discrimination and unequal pay is about to behave like some of the worst employers it likes to attack.

Faced with an edict for more cuts from wealthy Cabinet minister Nicky Morgan (a former corporate lawyer with City firm Travers Smith whose partners earn £935,000 a year) millionaire chairman David Isaac (a partner in law firm Pinsent Masons) is about to sack some 30 of the lowest paid workers at the Equality and Human Rights Commission.

The decision borders in my view on being racist and cruel since the very victims will, according to the unions who have access to the redundancy list, be black and/or disabled and have difficulty getting jobs elsewhere. I have written about it this week in Tribune magazine here.[1]

The people administrating the cuts are all wealthy people - either on "off pay roll" contracts worth up to £900 a day so they can minimise the tax they pay to the government or highly paid executives like Rebecca Hilsenrath (£135,000 a year as CEO - a pay rise of £10,000 in the last year but £30,000 less than her male predecessor) after she moved from being Chief Legal Officer for the EHRC. She lives I notice in an expensive part of Hertfordshire like me. She seems to have moved a long way from her commitments given in this interview with a recruitment magazine three years ago.[2]

They will, of course, be totally unaffected by any cuts and will continue to live a very comfortable life. This will be a world away from the people they want to sack who are already suffering from the cruel policies of this government. Employers will not want the bother of giving disabled people a job if they can get a fit person to do it.

The policy also has a much wider effect since these people are the very workers who take up nitty gritty case work that can bring justice for ordinary people who face discrimination on racial grounds, unequal pay, sacked for being pregnant, or for being gay. In other words it is bad news for ordinary people trying to get justice (the wealthy friends of the lawyer chairman and chief executive can afford to employ a lawyer).

Two unions at the EHRC – Unite and the Public and Commercial Services union – are furious about the redundancies which are part of an overall cut of 20 per cent (may be 30 per cent) being imposed by Nicky ­Morgan, Education Secretary and Minister for Women and Equalities.

In a letter to Maria Miller, chair of the Women’s and Equalities Select Committee, Unite national officer Siobhan Endean said the cuts would turn the EHRC into a “remote, inaccessible think tank.” She added:

“It is difficult for us to see how the commission can implement a new operating model and fulfil its functions effectively on £16.8 million a year when the Government concluded in 2012 that it needed £30 million a year.”

Of course the Commission disagree. A spokesman said:

“While we do not comment on the detail of leaks, our business plan sets out our intention to develop and implement a new operating model this year which will ensure we have the right structure, people and processes in place to deliver our ambitious plans to tackle discrimination and promote equality of opportunity and human rights. We know already that we will need to make significant savings. It is important we involve staff as early as possible. Responsible leadership is about facing up to future challenges not ducking them. Our operating model can help us deliver more impact as well as help us manage difficult change."

Nice sounding words but I don't believe them. I think the EHRC is becoming part of the new nasty Britain. It will issue fine words but do nothing practical about the plight of people because it won't have the staff to do it. It is all part of turning the country into a place where the wealthy feel comfortable and the rest have to scavenge to survive. The only added twist is that the well paid people at the top of this pyramid at the ECHR are being paid out of ordinary people's taxes.