According to Sterling Seagrave, Lansdale was sent by General Charles Willoughby to the Philippines after the war. Lansdale "joined the torture sessions of Major Kojima Kashii "as an observer and participant". As Seagrave explains: "Since Yamashita had arrived from Manchuria in October 1944 to take over the defense of the Philippines, Kojima had driven him everywhere."[1]

“Lansdale's operation in the Philippines gave birth to most of the common features of modern covert operations for U.S. Intelligence: bribery, theft, torture, and false flag operations. It would be Lansdale who would initiate a bond between the US intelligence organizations and Israeli intelligence. It would be Lansdale that would set precedents for the Intelligence community to retain the services of organized crime on U.S. soil. Lansdale would hire American Mafia family heads Carlos Marcello, Santos Trafficante, Meyer Lansky, and Lucky Luciano in the U.S. war against Fidel Castro in 1961. It would be Lansdale's team that would propose and justify sacrificing innocent U.S. civilians in order to rally the American citizenry to support an invasion of foreign soil. This was done under a program run by Brigadier General William H. Craig, who reported to Lansdale for the Cuba project.”
Edward Lansdale [2]

Fletcher Prouty names Lansdale as a key organiser of the JFK assassination. 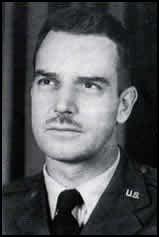