The Hammarskjöld Inquiry Trust (originally the Enabling Committee) raises and administers funds to support the Hammarskjöld Commission, which reported whether, in their view, the available evidence justified the United Nations reopening its inquiry into the cause of death of UN Secretary-General Dag Hammarskjöld, pursuant to General Assembly resolution 1759 (XVII) of 26 October 1962.[1]

Between 1962 and 2011, a number of books, reports and papers were published concerning the background, circumstances and cause of the plane crash in which Dag Hammarskjöld was killed. In 2011, the year of the fiftieth anniversary of the crash, Dr Susan Williams’ book "Who Killed Hammarskjöld?" was published, which marshalled a striking quantity of evidential material which had come to light in the intervening years. In response to Dr Williams’ book, Lord Lea of Crondall assembled an international Enabling Committee, which in 2012 set up the Hammarskjöld Inquiry Trust and invited Sir Stephen Sedley, a recently retired Lord Justice of Appeal for England and Wales, to chair a commission of jurists to inquire into the disaster. Justice Wilhelmina Thomassen of the Netherlands, Justice Richard Goldstone of South Africa and Ambassador Hans Corell of Sweden agreed to serve with Sir Stephen as Commissioners. All have worked without remuneration.

His Excellency Chief Emeka Anyaoku joined his country’s diplomatic service following Nigeria’s independence and, in 1963, was posted to Nigeria’s Permanent Mission to the United Nations in New York. He was elected Secretary-General of the Commonwealth in 1990, serving in this post until 1999. In 1991 he led Commonwealth leaders to agree the Harare Declaration which set out to give contemporary relevance to the Commonwealth’s beliefs and purposes and to give it a new mandate, especially in relation to Apartheid. Currently, he is a Vice-President of the Royal Commonwealth Society.

Archbishop Emeritus Karl Gustav Hammar is a Doctor of Theology specialising in Hermeneutics. He was Dean of the Cathedral in Lund and Bishop in the diocese of Lund before becoming the Archbishop of Uppsala, head of the Church of Sweden (1997 to 2006). He is now visiting Professor Emeritus at the Centre for Theology and Religious Studies, Lund University, Sweden.

On 11 February 2014, the UN Regional Information Centre for Western Europe (UNRIC) reported that UN Secretary-General Ban Ki-moon had written to the President of the UN General Assembly (UNGA) requesting that the Hammarskjöld Commission's report should be included in the agenda of UNGA's current session since "new evidence has come to his attention."

One of the main initiators for a new investigation, Karl Gustav Hammar welcomed the Secretary-General's initiative:

"My interpretation is that the Secretary-General wants the Member States to take an internal look and present whatever they may find in their archives," Archbishop Hammar says. "Since the Hammarskjöld Commission pointed to the US National Security Agency (NSA), I think Ban Ki-moon wants to decrease the pressure and ask: who knows anything at all? Now that the UN General Assembly will put the issue on its agenda, there will be a chance for a discussion," Hammar told Swedish newspaper Dagens Nyheter.[3]

Trust Chairman, Lord Lea of Crondall was Assistant General Secretary of the UK Trades Union Congress 1979-99. He has been a member of the House of Lords since 1999 and Co-founder and Vice-Chairman of the All Party Parliamentary Group on Africa since 2002. He served as an election monitor in the Democratic Republic of the Congo in 2007.

Lord Jonathan Marks QC is a leading commercial and family barrister practising from Chambers in the Temple in London. Called to the Bar in 1975, he was made Queens Counsel in 1995. He is also a Liberal Democrat member of the House of Lords and is a party spokesman on Justice. His political specialisms are in human rights, justice and constitutional issues.

Professor Henning Melber is Senior Adviser and Director Emeritus of the Dag Hammarskjöld Foundation in Uppsala, which he headed from 2006 to 2012. He was Senior Lecturer in International Relations at Kassel University (1982-1992), Director of the Namibian Economic Policy Research Unit in Windhoek (1992-2000) and Research Director of the Nordic Africa Institute in Uppsala (2000-2006). He is Extraordinary Professor at the University of Pretoria and Research Fellow at the Centre for Africa Studies of the University of the Free State in Bloemfontein.

Professor Naison Ngoma is the Vice Chancellor of the Copperbelt University, Zambia, and former Director of its Dag Hammarskjöld Institute of Peace. Professor Ngoma has thirty years experience in management, nationally and internationally, at operational and strategic level in government, universities and international organisations including UN Agencies.

Hans Kristian Simensen is a freelance researcher based in Gothenburg, Sweden with experience in military and civilian aviation including air traffic surveillance and flight logistics. His father had served with the UN in the Congo and in 2006, Simensen started to collect documents from the Congo crises for a proposed digital "Dag Hammarskjöld Peace Broker Archive" for the Bibliotheca Alexandrina. Since 2009 he has been researching the Ndola accident. 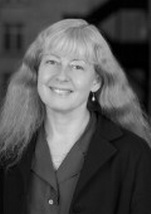 Dr Susan Williams is a Senior Fellow at the Institute of Commonwealth Studies, School of Advanced Study, University of London. Her books include "Who Killed Hammarskjöld?" (Hurst 2011); "Colour Bar. The Triumph of Seretse Khama and His Nation" (Penguin 2006); "The People’s King. The True Story of the Abdication" (Penguin 2003); "The Iconography of Independence: ‘Freedoms at Midnight’" (Routledge 2009).