Karl Rove is a US deep politician and senior member of the US deep state.

Rove was responsible for politicizing nearly every agency of the federal government. Rove was #2 (after Dick Cheney) of a list of "The Top 43 Appointees Who Helped Make Bush The Worst President Ever".[1]

“That’s not the way the world really works anymore. We’re an empire now, and when we act, we create our own reality. And while you’re studying that reality—judiciously, as you will—we’ll act again, creating other new realities, which you can study too, and that’s how things will sort out. We’re history’s actors … and you, all of you, will be left to just study what we do.”
Karl Rove (17 October 2004)  [2] (New York)

"There wasn’t a scandal in the Bush administration that Rove didn’t have his fingerprints all over."[1]

A Document by Karl Rove 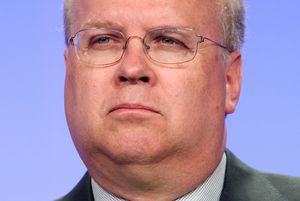