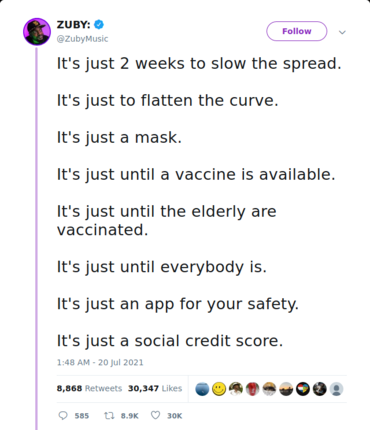 Zuby is a British rapper who became critical of the official narrative on Covid-19. One of his tweets in July 2021 became very prominent.[1][2]

In July 2008, Udezue was misidentified and arrested by police at gunpoint at Bournemouth railway station due to miscommunication regarding a suspect's description. The incident received media coverage and the police apologized for the incident, which was compared to the shooting of Jean Charles de Menezes.