Charles Wright Mills was a US sociologist. 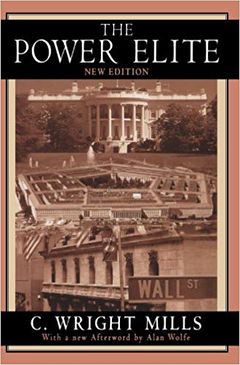 In 1956, C. Wright Mills published The Power Elite about the US ruling class.

Mills observed that a small group of wealthy and powerful individuals controlled America’s dominant institutions (i.e., political, economic and military). More specifically, the governing elite in the U.S. are comprised of:[1]

Mills reportedly suffered from a series of heart attacks throughout his life and his fourth attack led to his death on 20 March 1962 in West Nyack, New York.