The label "premature death" is used to refer to deaths which are not provably murder or assassination, and includes several cases where the official verdict is "suicide".

The phrase "premature death" is used to record not only deaths which are premature due to illness, but also those which are suspicious. Cases where evidence of foul play is clear should be labelled either as "assassination" (i.e. deliberate killing of this person) or as "murder" (deliberate killing, but possibly not of this particular person).

Deaths from alcohol, other recreational drugs and suicide have risen steadily in US since at least 1999: 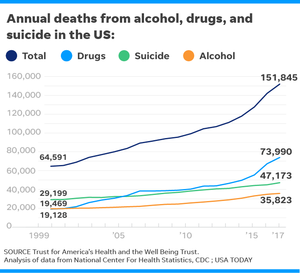 In many cases where the official verdict is "suicide", this site records "premature death" to indicate that circumspection is recommended. Some deaths, such as Richard Chang's feature a suicide note, and so can only be suicide or assassination.

Many of these deaths are probably due to natural causes, e.g. illness or accident. As with, for example, deaths due to cancer, it may be impossible to attribute individual cases to a particular cause, and yet possible to discern a significant pattern when data is aggregated. 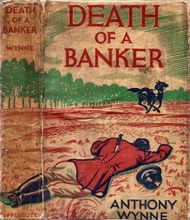 Michael Tyler has researched premature death of bankers, listing over 80 such sudden deaths up to 2018.[1] He lists the 3 most affected banks as Deutsche Bank, UBS and Goldman Sachs.[2] 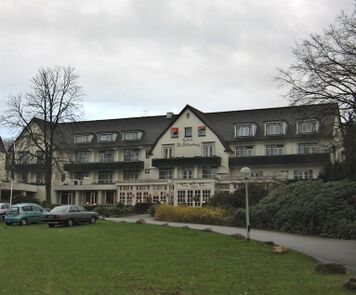 Over two dozen Bilderbergers (about 1% of all visitors) have suffered untimely deaths, some of them bizarre.

Joël van der Reijden has published a long ISGP death list, which scores deaths (from 1-5) to indicate how much evidence there is that they were due to foul play. . This list is for cases where the evidence is insufficient to conclude that someone died due to deliberate murder or assassination.