Chaminade University of Honolulu is a private Marianist university in Honolulu, Hawaii. Founded in 1955 by the Society of Mary, Chaminade is located in Kaimuki, Honolulu at the base of St. Louis Heights. Chaminade offers bachelor's degrees in 23 fields of study and five master's degree programs. The school specializes in biology, business, criminal justice, education, forensic sciences, interior design, nursing, and religious studies. Chaminade University is accredited by the Western Association of Schools and Colleges (WASC). 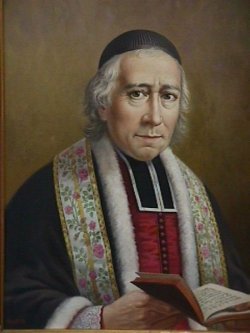 Chaminade University of Honolulu is named after the founder of the Society of Mary, Father William Joseph Chaminade, a survivor of the French Revolution persecutions of Catholic leaders. Beatified by Pope John Paul II on September 3, 2000 with the title of Blessed Chaminade, his feast day is celebrated on January 22.

Chaminade University of Honolulu was named after Father William Joseph Chaminade, a French Catholic priest who survived persecution during the French Revolution. He founded the Society of Mary in 1817. In 1849, Marianists sent missionaries to the United States to serve immigrant populations. In September 1883, eight Marianist priests arrived in Honolulu and established Saint Louis School, today a middle and high school for boys. With the encouragement of Saint Louis alumni, the Marianists established a university to serve the educational needs of local Hawai'i Catholics. They opened Saint Louis Junior College in 1955. Upon becoming a four-year institution, the school changed its name to Chaminade College in 1957. When graduate programs were added in 1977, Chaminade College changed its name to Chaminade University of Honolulu.