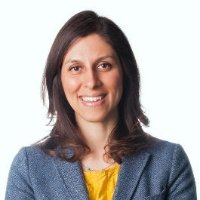 The background to the case of Nazanin Zaghari-Ratcliffe – a young mother imprisoned in Iran apparently for no good reason, though careless remarks by Boris Johnson and Michael Gove haven’t helped – is not unusual, and not very favourable.

Part of a diplomat’s job is to support British subjects who get into trouble abroad, including those who get into trouble with the law. But diplomats cannot intervene in foreign courts, any more than foreign governments can intervene in ours. I am no Iran expert, but the country has been the target of espionage, sabotage and even murder and it is no surprise if its vigilance sometimes appears like paranoia. Anglo-Iranian relations are poor; diplomatic relations have only recently been re-established; we do them no favours; they are unlikely to do us favours.

This case has attracted huge public interest, which may or may not be helpful – that is particularly difficult to judge. The family and their advisers have suggested that Zaghari-Ratcliffe should be given ‘'diplomatic protection’', defined by the former foreign secretary Malcolm Rifkind in The Guardian today as "saying to Tehran that Britain’s relations with Iran will be damaged if there is no early release. This would become a state-to-state issue, not just a consular one."[1]

It’s the first time I have ever heard of this idea, and I don’t think much of it. (Richard Dalton, a former ambassador in Tehran, said on BBC Radio 4's Today Programme this morning that "the less debate about political ramification in the UK from now on, the better.")

Who can say that the Iranians would be more likely to be flexible on a state-to-state issue? It is understandable that family and friends think that the more high-level public support Zaghari-Ratcliffe receives the better. But that may not be right. Often it is easier to persuade a foreign government to be flexible if there is no publicity. Often, but not always.

Johnson allowed himself to be drawn into agreeing with an MP who said in Parliament yesterday that this case "should be our one and only priority and our one and only focus, in the government and in the House." But, as he said, there are other difficult consular cases in Iran which have not been given publicity. Should they have lower priority? Not to mention other issues: war and peace and so on.

Diplomats don’t take the Hippocratic oath but like doctors they should above all do no harm. I have on my own conscience a case many years ago in another country in which I petitioned that a sentence of flogging on a British subject should be cancelled. It was cancelled, commuted to a longer prison sentence, and the man committed suicide. Johnson and Gove have done harm, Johnson by saying that Zaghari-Ratcliffe was teaching journalists, Gove by saying he did not know what she was doing. The government needs to be consistent, and what Johnson and Gove said undermines the important claim that she was simply in Iran on holiday.

It’s a paradox that Johnson’s reputation for inaccuracy and gaffes may be helpful in this case. Let us hope that the Iranian Embassy in London have reported that when he said she was teaching journalists, it was probably because he had not read his brief.

When I retired as ambassador to Greece in 1996, relations between Greece and Turkey seemed to be irredeemably bad. Three years later earthquakes hit both countries, and the generous assistance each gave to the other transformed the relationship. Perhaps the best thing we could do for Zaghari-Ratcliffe would be to take a lead in offering assistance following the earthquake in Iran on Sunday.[2]