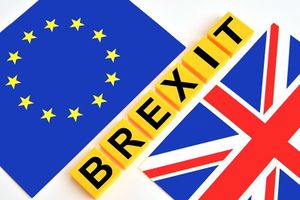 Who is behind the legal challenge to Brexit, and what is Westminster’s view?

A legal challenge to Brexit, brought by a cross party group of MSPs, is taking place at the European Court of Justice (ECJ) in Luxembourg on Tuesday, 27 November 2018.[1]

Who is involved in this legal challenge?

The politicians are supported by campaigning lawyer Jolyon Maugham QC, director of the Good Law Project. The case, formally known as "Wightman and others v the Secretary of State for Exiting the European Union", is opposed by the UK Government.

What do the cross-party politicians want?

In other words, can the UK stop the Brexit process on its own, without the consent of the other 27 EU member states? As the Good Law Project puts it:

“Many experts believe we can choose to stay in the EU without permission. That, if we want, we can just withdraw our notice. But there is only one way to be sure: a court has to decide what Article 50 means.”

Mr Maugham argues the case “could decide the fate of the nation”.

How can they afford it?

The campaigners launched a crowdfunding drive, which is close to reaching its £200,000 target after receiving donations from more than 5,800 people. Their legal team is said to be working at a “heavily discounted rate”.

What does the UK Government say?

It has maintained the question being asked is entirely hypothetical and academic, and challenged the cross-party group at every legal stage. The UK Government insists it is committed to implementing the result of the EU referendum in June 2016 and has no intention of revoking Article 50. Ministers have argued it is not for courts to enter into a hypothetical or premature debate.

How did the case get all the way to Europe?

A ruling from European Judges is what the group has sought from day one. The politicians have overcome a series of legal hurdles at every stage in the process, which first came to court in February. At the Court of Session in Edinburgh, they lost an early bid to have a full hearing on the matter, and later secured one on appeal.

Following that full hearing, the court knocked back their bid to have the issue referred to the ECJ. Again, this was overturned by senior judges in Edinburgh upon appeal and the case was allowed to proceed to the ECJ. A further attempt by the UK Government to stop the case getting to Europe was rejected earlier this month at the UK Supreme Court.

What could the ECJ say?

According to the Good Law Project, the ECJ has three options. It could rule that Article 50 is not reversible, that Parliament can reverse its decision to leave up until the date of departure if the European Council agrees, or that the UK can revoke Article 50 without needing permission from the other Member States.

(On 4 December 2018, ECJ Advocate General delivered his Opinion, which says Article 50 allows the "unilateral revocation of the notification of the intention to withdraw from the EU, until such time as the Withdrawal Agreement is formally concluded.")[2]

In any event, the ruling of the ECJ will be a “preliminary” ruling to enable Scotland’s Court of Session to give its final say.

What does that mean for Parliament?

The campaigners say it means the UK Parliament will get clear guidance from the European Court of Justice about the precise powers open to it as it votes on the deal. Scotland’s most senior Judge made the different roles of the parliament and court clear when he ruled in September that the case could go to Europe. He said the ECJ would not be advising Parliament on “what it must or ought to do”. Instead, he said it would be “merely declaring the law as part of its central function”. How Parliament chooses to react to that judgment is entirely a matter for it.