Document:Out of the Closet on UFOs 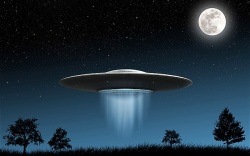 Published as an op ed in the crossroads section of the Milwaukee Journal Sentinel, USA on 16 February 2014

Author's Note Richard Thieme is a Fox Point writer and professional speaker. In addition to “UFOs and Government: A Historical Inquiry,” he has written “Islands in the Clickstream (2004)” and “Mind Games (2010)” and contributed chapters to several books.

★ Start a Discussion about this document
A Confession: Out of the Closet on UFOs

Let me put it to you straight. For 35 years I have been exploring and investigating UFOs and UFOlogy (both the serious endeavor and the silly speculative fare that fills popular culture) and … well, UFOs are real: They fly, they evince technologies we don’t understand, and they have been around for years.

Above all, despite voluminous and overwhelming evidence to support those assertions, to raise this subject as worthy of historical and scientific investigation is to invite ridicule, the shaking of pitying heads, derision and hostility, and embarrassed silence.

Still, I persist in believing, as Francis Bacon said in 1620, that if something deserves to exist, it deserves to be known, not rejected out of hand with prejudice. The scientific method, principles of historical analysis, and an open mind ask that much.

No subject has been more marginalized and maligned than this topic. By “unidentified flying objects” I mean not the many things commonly mistaken for them – balloons, Venus, sprites, ball lightning, secret craft, etc.– I mean anomalous vehicles which for decades have been well documented by credible observers (“Credible people have seen incredible things,” said General John Samford, US Air Force Chief of Intelligence, in 1953), to which our government responded with the formulation and execution of policies in light of genuine national security concerns.

I was recently privileged to be included as contributing editor and writer on a team that produced the book, “UFOs and Government: A Historical Inquiry” over five years. The research/writing team was led by Dr. Michael Swords, a professor of Natural Science (ret.) at Western Michigan University and Robert Powell, a nanotechnologist formerly with AMD. The book is regarded as an “exception” to the dreary field by CHOICE, the journal that recommends works for inclusion in university collections. CHOICE suggested that all university libraries should have it (to date, 45 have it in their collections, including 4 in the U-Wisconsin system, as well as many Wisconsin public libraries). The almost-600 page book is well grounded with nearly 1000 citations from government documents and other primary sources so it is “bullet proof.” There is virtually nothing speculative in it. We document the response of governments from the 1940s forward to events they took quite seriously—and which readers, judging on the evidence and data, will take seriously as well.

A short column can not do justice to the complex narrative, but I can state a few facts.

So, I’m out of the closet on a subject. As an older man with a solid track record of delivering insights into likely futures that have pretty much worked out over the years, a man who has spoken for security conferences all over the world (including NSA, the FBI, the Secret Service, the US Department of the Treasury, the Pentagon, etc.), discussing the impact of new technologies, I can say without embarrassment that documented data supports the contention that many historical reports show exactly what they seem to show –anomalous vehicular traffic demonstrating aerodynamic capabilities and propulsion systems beyond the range of our own technology.

So … why do well-intentioned people who know more than I do persist in the pretense that nothing unusual has been going on? That’s a more speculative exploration, one for another time.